Above the South China SeaThe Chinese navy issued warnings eight times as a U.S. surveillance plane on Wednesday swooped over islands that Beijing is using to extend its zone of influence.
The series of man-made islands and the massive Chinese military build-up on them have alarmed the Pentagon, which is carrying out the surveillance flights in order to make clear the U.S. does not recognize China’s territorial claims. The militarized islands have also alarmed America’s regional allies.
the P8-A Poseidon, America’s most advanced surveillance and submarine-hunting aircraft, and quickly learned that the Chinese are themselves displeased by the U.S. pushback
The aircraft flew at 15,000 feet in the air at its lowest point, but the U.S. is considering flying such surveillance missions even closer over the islands, as well as sailing U.S. warships within miles of them, as part of the new, more robust U.S. military posture in the area.
Soon after the Chinese communication was heard, its source appeared on the horizon seemingly out of nowhere: an island made by China some 600 miles from its coastline.
The South China Sea is the subject of numerous rival — often messy — territorial claims over an area that includes fertile fishing grounds and potentially rich reserves of undersea natural resources. China is increasingly showing that even far from its mainland, it sees itself as having jurisdiction over the body of water.
Wednesday’s mission was specifically aimed at monitoring Chinese activities on three islands that months ago were reefs barely peaking above the waves. Now they are massive construction projects that the U.S. fears will soon be fully functioning military installations.
China’s alarming creation of entirely new territory in the South China Sea is one part of a broader military push that some fear is intended to challenge U.S. dominance in the region. Beijing is sailing its first aircraft carrier; equipping its nuclear missiles with multiple warheads; developing missiles to destroy us warships; and, now, building military bases far from its shores.
“I’m scratching my head like everyone else as to what’s the (Chinese) end game here. We have seen increased activity even recently on what appears to be the building of military infrastructure,” Capt. Mike Parker, commander of the fleet of P8 and P3 surveillance aircraft deployed to Asia, told CNN aboard the P8.
“We were just challenged 30 minutes ago and the challenge came from the Chinese navy, and I’m highly confident it came from ashore, this facility here,” Parker said of the Chinese message for the U.S. plane to move away, as he pointed to an early warning radar station on an expanded Fiery Cross Reef.
In just two years, China has expanded these islands by 2,000 acres — the equivalent of 1,500 football fields — and counting, an engineering marvel in waters as deep as 300 feet.
In video filmed by the P8’s surveillance cameras, we see that in addition to early warning radar, Fiery Cross Reef is now home to military barracks, a lofty lookout tower and a runway long enough to handle every aircraft in the Chinese military. Some call it China’s “unsinkable aircraft carrier.”
In a sign of just how valuable China views these islands to be, the new islands are already well protected.
From the cockpit, Lt. Cmdr Matt Newman said”There’s obviously a lot of surface traffic down there: Chinese warships, Chinese coast guard ships. They have air search radars, so there’s a pretty good bet they’re tracking us.”
The proof was loud and clear. The Chinese navy ordered the P8 out of the airspace eight times on this mission alone.
Each time, the American pilots told them calmly and uniformly that the P8 was flying through international airspace.
That answer sometimes frustrated the Chinese radio operator on the other end.
This is a military-to-military stand-off in the skies, but civilian aircraft can find themselves in the middle.
As was heard on the first of several Chinese warning on the radio, the pilot of a Delta flight in the area spoke on the same frequency, quickly identifying himself as commercial. The voice on the radio then identified himself as “the Chinese Navy” and the Delta flight went on its way.
The more China builds, U.S. the more frequently and aggressively the Chinese navy warns away U.S. military aircraft.
Over Fiery Cross Reef and, later, Mischief Reef, fleets of dozens of dredgers could be seen hard at work, sucking sand off the bottom of the sea and blowing it in huge plumes to create new land above the surface, while digging deep harbors below. 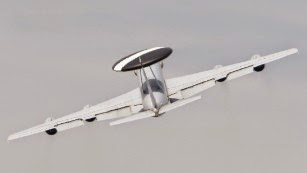 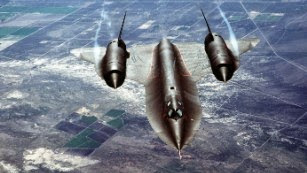 Challenges ahead of Qatar ' 2022 world cup