Share
Facebook Twitter LinkedIn StumbleUpon Tumblr Pinterest Reddit WhatsApp Telegram Share via Email Print
Share
The
United States government has approved the sale of a naval variant of
the Predator drone made by General Atomics Aeronautical Systems Inc to
India, the U.S.-based company said on Friday.
Reuters
reported earlier on Friday that the U.S. government was expected to
authorize the sale of drones ahead of a visit next week by Indian Prime
Minister Narendra Modi.
India
has been looking to buy 22 of the unarmed surveillance aircraft, MQ-9B
Guardian, worth more than $2 billion to keep watch over the Indian
Ocean.

“We
are pleased that the U.S. Government has cleared the way for the sale
of the MQ-9B Guardian to the Indian Government,” General Atomics
Aeronautical Systems Chief Executive Linden Blue said in a statement.

The Indian embassy and the U.S. State Department did not immediately respond to a request for comment.

Securing
agreement on the purchase of the drones is seen in New Delhi as a key
test of defense ties that flourished under former President Barack Obama
but have drifted under Trump, who has courted Asian rival China as he
seeks Beijing’s help to contain North Korea’s nuclear program.

The deal would be the first such purchase by a country that is not a member of the NATO alliance.

Such a sale of sensitive military hardware must be authorized by the State Department before being sent to Congress for review.

A
congressional source said on Thursday that no notification of a planned
sale has yet been sent to Congress, but this could come next week.

The State Department declined comment on Thursday ahead of any notification. 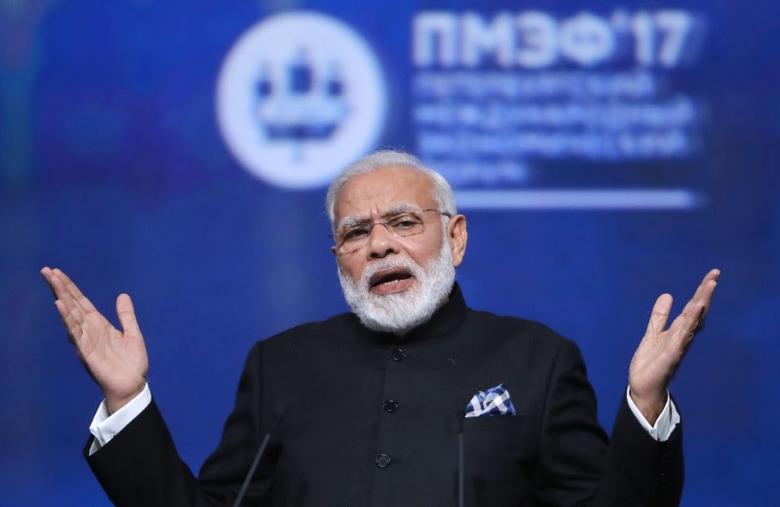