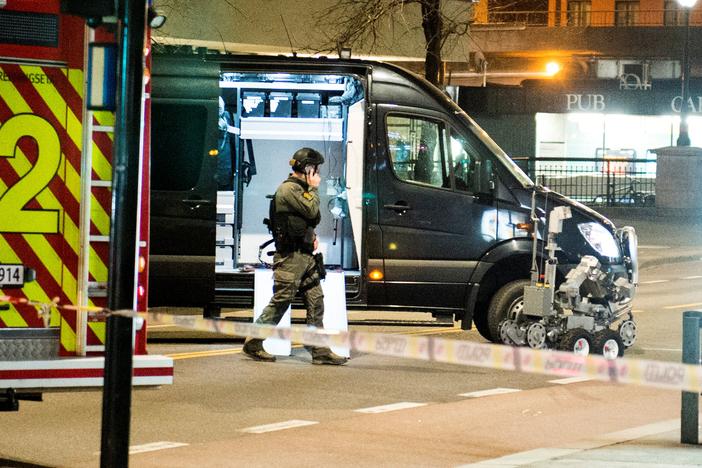 Norwegian police
set off a controlled explosion of a “bomb-like device” in central Oslo
early on Sunday and were holding a suspect in custody in an
investigation led by security police.

A reuters reporter described a loud bang shortly after Oslo’s bomb
squad arrived with a remote-controlled robot once the area was cordoned
off by police late on Saturday night.
“The
noise from the blast was louder than our explosives themselves would
cause,” a police spokesman said, adding that further investigation was
needed to find out if the device had contained explosives.

The
device, about 30 cm (1 ft) across, had appeared to be capable of
causing only a limited amount of damage. Forensics experts will examine
fragments to figure out what it was.

Police
across the Nordic region have been on heightened alert after a truck
ploughed into a crowd in Stockholm on Friday. Four people were killed
and 15 injured in what police called an apparent terror attack.

Norwegian
police detained a suspect but declined to give information about his
identity. Norway’s police security service, PST, said in a tweet it had
taken over the investigation from local police.

“We’re
in a very early phase of the investigation,” PST spokesman Martin
Bernsen said. More details were likely later on Sunday, he added.

Police
took away cordons put up overnight in the Groenland area and residents
resumed normal Sunday activities, with shops and cafes open. There was
no sign of police at the site.

The Groenland area, a multi-ethnic
neighbourhood that is home to popular bars and restaurants, several
mosques, and the city’s main police station. The police station is less
than a kilometre away from where the device was found.

In
2011, right-wing extremist Anders Behring Breivik set off a car bomb in
Oslo that killed eight people and destroyed Norway’s government
headquarters, before going on a shooting rampage that killed 69 people
at nearby Utoeya island. 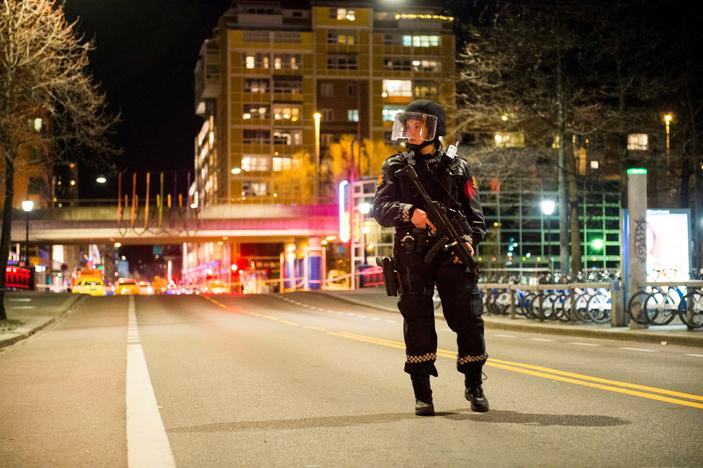