Share
Facebook Twitter LinkedIn StumbleUpon Tumblr Pinterest Reddit WhatsApp Telegram Share via Email Print
Share
Citizens of seven
mainly Muslim countries who were banned from the United States by
President Donald Trump can resume boarding U.S.-bound flights, the U.S.
government said on Saturday, after a Seattle judge blocked his executive
order.
The ruling gave hope
to many travellers and sent some scrambling for tickets, worried that
the newly opened window might not last long. Trump denounced the judge
on Twitter and said the decision would be quashed.

“The
opinion of this so-called judge, which essentially takes
law-enforcement away from our country, is ridiculous and will be
overturned!” the president said.

The
travel ban, which Trump says is needed to protect the United States
against Islamist militants, has sparked travel chaos around the world
and condemnation by rights groups who have called it racist and
discriminatory.

“Interesting that
certain Middle-Eastern countries agree with the ban. They know if
certain people are allowed in it’s death & destruction!” Trump
tweeted. “When a country is no longer able to say who can, and who
cannot, come in & out, especially for reasons of safety &
security – big trouble!”

In the
wake of Friday’s ruling, Qatar Airways was the first to say it would
allow passengers from Iran, Iraq, Libya, Somalia, Sudan, Syria and Yemen
to resume flying to U.S. cities if they had valid documents.

Fellow
Gulf carriers Etihad and Emirates said they would do the same, as did
others including British Airways, Air France, Spain’s Iberia and
Germany’s Lufthansa.

“I am very
happy that we are going to travel today. Finally, we made it,” said Fuad
Sharef, an Iraqi with an immigration visa who was prevented along with
his family from boarding a flight to New York a week ago.

“We
were right, we are legal. Even at that time, I was optimistic. I was
sure that we were going to go. I didn’t surrender and I fought for my
right and other people’s right,” he told Reuters.

The
family was due to fly on Turkish Airlines later on Saturday from Erbil,
the capital of the Kurdish region of northern Iraq, to Istanbul and
then to New York, before starting a new life in Nashville, Tennessee.

Officials in Lebanon and Jordan, however, said they had received no new instructions regarding the Jan. 27 travel ban.

A
spokeswoman for budget airline Norwegian, which operates transatlantic
flights including from London and Oslo, said the situation was “still
very unclear”.

Some travellers interviewed in
Middle Eastern capitals were cautious about the news of Friday’s
ruling, which the White House said it planned to appeal as soon as
possible.

Ibrahim Ghaith, a Syrian
barber who fled Damascus in 2013, told Reuters in Jordan: “Today we
heard that the measures may have been abolished but we are not sure if
this is just talk. If they go back on the decision, people will be
overjoyed.”

Iraqi refugee Nizar
al-Qassab told Reuters in Lebanon: “If it really has been frozen, I
thank God, because my wife and children should have been in America by
now.”

The 52-year-old said his
family had been due to travel to the United States for resettlement on
Jan. 31. The trip was cancelled two days before that, and he was now
waiting for a phone call from U.N. officials overseeing their case.
“It’s in God’s hands,” he said.

Two
Sudanese travellers told Reuters they were trying to travel as soon as
possible, fearing the ban might be reinstated. They declined to be
named, for fear of possible consequences.

“I’m
in a race against time,” said a 31-year-old female academic who said
international airlines were still refusing to sell her a ticket. “Now I
am going from one airline company to another to convince them about the
court’s decision.”

In
Cairo, aviation sources said Egypt Air and other airlines had told
their sales offices of Friday’s ruling and would allow people previously
affected by the ban to book flights.
But for some who had changed their travel plans following the ban, the order was not enough reassurance.

Josephine
Abu Assaleh, who was stopped from entering the United States last week
with five members of her family, was hesitant to express any hope in the
court ruling as she awaited word from her lawyers.

“I
will not say if I have hope or not. I wait, watch, and then I build my
hopes. We left the matter with the lawyers. When they tell us the
decision has been cancelled, we will decide whether to go back or not,”
she told Reuters in Damascus, speaking by telephone.

Abu
Assaleh, 60, and her family only learnt of Trump’s order after landing
at Philadelphia International Airport with U.S. visas that were granted
in 2016, some 13 years after they initially made their applications.

Trump’s order caused chaos at
airports across the United States last week. Virtually all refugees were
also barred, upending the lives of thousands of people who had spent
years seeking asylum in the U.S.

The
State Department said on Friday that almost 60,000 visas were suspended
following Trump’s order. It was not clear whether that suspension was
automatically revoked or what reception travelers with such visas might
get at U.S. airports.

The
Washington state lawsuit was the first to test the broad
constitutionality of Trump’s executive order. Judge James Robart, a
George W. Bush appointee, explicitly made his ruling apply across the
country, while other judges in similar cases have so far issued orders
concerning only specific individuals.

Washington
Governor Jay Inslee celebrated the decision as a victory for the state,
adding: “No person – not even the president – is above the law.”

The
case was based on claims that the state had suffered harm from the
travel ban, for example students and faculty at state-funded
universities being stranded overseas. Amazon.com and Expedia, both based
in Washington state, had supported the lawsuit, asserting that the
travel restrictions harmed their businesses.

Tech
companies, which rely on talent from around the world, have been
increasingly outspoken in their opposition to the Trump administration’s
anti-immigrant policies.

Judge
Robart questioned the use of the Sept. 11, 2001, attacks on the United
States as a justification for the ban, saying no attacks had been
carried out on U.S. soil by individuals from the seven affected
countries since then.

For Trump’s order to be constitutional, Robart said, it had to be “based in fact, as opposed to fiction.”

The
White House said in a statement: “At the earliest possible time, the
Department of Justice intends to file an emergency stay of this
outrageous order and defend the executive order of the president, which
we believe is lawful and appropriate.”

It
added: “The president’s order is intended to protect the homeland and
he has the constitutional authority and responsibility to protect the
American people.” 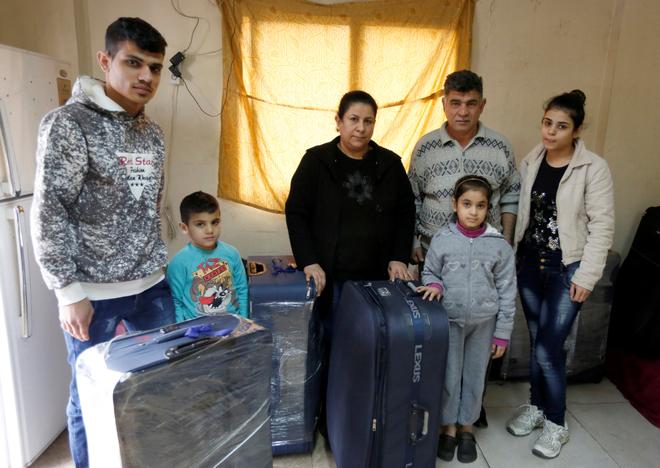 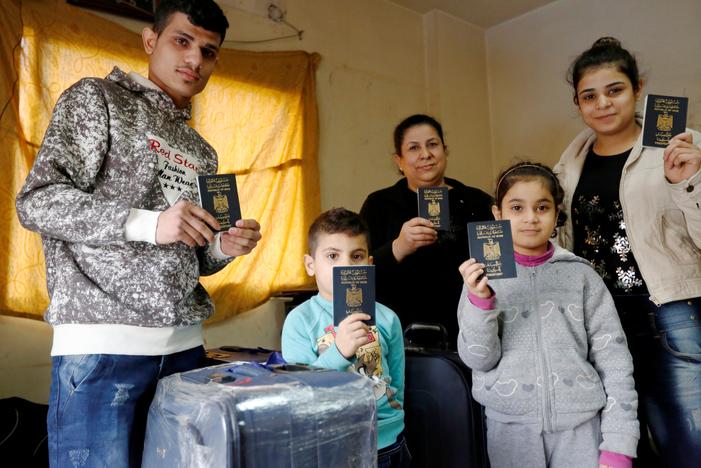