A
Trump administration aide corrected herself on Friday after a wave of
criticism for referencing a 2011 “massacre” in Kentucky that never
occurred to defend President Donald Trump’s temporary ban on immigrants
from seven Muslim-majority countries.

During
an interview with MSNBC’s Chris Matthews on Thursday, White House
counselor and spokeswoman Kellyanne Conway said Trump’s recent executive
order was justified in part because of the “Bowling Green massacre” of
2011, which never took place.

Conway corrected herself on Friday in a post on Twitter, saying: “Honest mistakes abound.”
The
phrase “Bowling Green massacre” was the top trending topic on Twitter
on Friday morning as thousands of social media users mocked Conway’s
error.

On television late on Thursday, Conway spoke
about two Iraqis who came to the United States and were radicalized,
adding, erroneously, “and they were the masterminds behind the Bowling
Green massacre.”

She then said: “Most people don’t know that because it didn’t get covered.”

In
fact, in May 2011, two Iraqi men were arrested in Bowling Green,
Kentucky, and charged with attempting to send weapons and money to al
Qaeda in Iraq. They admitted to using improvised explosive devices
against U.S. soldiers in Iraq.

Mohanad
Shareef Hammadi and Waad Ramadan Alwan pleaded guilty and were
sentenced to life in prison and to 40 years in prison, respectively.
Neither was charged with plotting attacks within the United States,
prosecutors said.

Conway said on Twitter that she meant to say
“Bowling Green terrorists” on the show. She also slammed a network
reporter for criticizing her.

“NBC
reporter texted me at 632am re:a diff story; never asked what I meant
on @Hardball b4 slamming me on @TODAYshow Not cool, not journalism,”
Conway (@KellyannePolls) wrote. 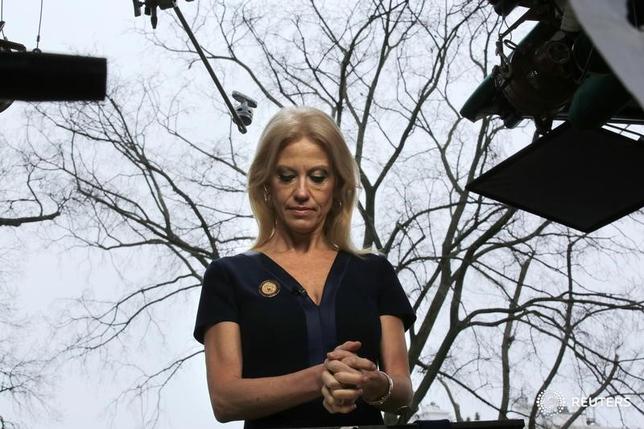 OWN YOUR DREAM HOME INVEST NOW.