Turkish
authorities captured a man believed to be among those responsible for
rocket attacks on the Istanbul police headquarters and the offices of
the ruling AK Party on Friday evening, police sources said on Sunday.

Armed
assailants attacked Istanbul’s police headquarters and an office of the
ruling AK Party with rocket launchers on Friday evening. There were no
reports of casualties from the attacks.

Police
sources said the suspect, identified on Saturday as a member of the
outlawed Revolutionary People’s Liberation Army-Front (DHKP-C), was
captured in the northwestern province of Tekirdag, along with a gun and a
grenade.

He is also believed to be behind an assault on police in Istanbul on Saturday, the sources said.

There have been no claims of responsibility for the attacks.

The
police sources said questioning of five other suspects detained in
Istanbul on Saturday in relation to Friday’s attacks was continuing.

The
outlawed DHKP-C is listed as a terrorist organization by Turkey, the
United States and the European Union. It has staged suicide attacks
against Turkish police and the U.S. Embassy in recent years.

NATO
member Turkey has been hit by a spate of bombings and shootings in the
past year, including a twin bombing claimed by Kurdish militants outside
a soccer stadium in Istanbul on Dec. 10 that killed 44 people. 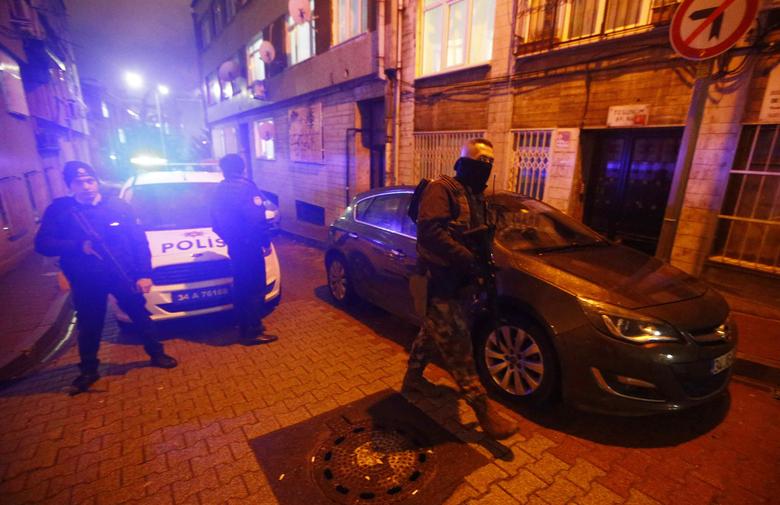