Black-clad
activists smashed store windows and blocked traffic in Washington during
U.S. President Donald Trump’s inauguration on Friday, and fought with
police in riot gear who responded with tear gas and stun grenades.

About
500 people, some wearing masks, marched through the city’s downtown,
using hammers to claw up chunks of pavement to smash the windows of a
Bank of America branch and a McDonald’s outlet, all symbols of the
American capitalist system.

The
various protest groups scattered around the city chanted anti-Trump
slogans and carried signs with slogans including “Make Racists Afraid
Again,” a play on the New York businessman-turned-politician’s “Make
America Great Again” campaign slogan. The incident occurred about 90
minutes before Trump was sworn in at the U.S. Capitol a mile and a half
(2.4 km) away.
Police detained dozens of people and said they had charged an unspecified number of people with rioting.

The group of detainees became a flash point
after Trump was sworn in, when a crowd of several hundred that had
formed to call for their release turned violent, with some throwing
bottles and rocks at police, who responded with tear gas and stun
grenades.
CNN reported that 90 people had been arrested.

Two police officers sustained minor injuries from people who were trying to avoid arrest, police said.
“The
message I want to send is that Trump does not represent this country.
He represents the corporate interests,” said Jessica Reznicek, a
35-year-old Roman Catholic aid worker from Des Moines, Iowa, who was
part of the protest but did not participate in the violence.

Not
far from the White House, protesters scuffled with police, at one point
throwing aluminum chairs at an outdoor café. Bob Hrifko, a member of
the Bikers for Trump group in town to celebrate the inauguration, was
struck in the face when he tried to intervene.

“I
know, law and order and all that. We need more order. This ain’t
right,” said Hrifko, who was bleeding from a cut under his eye.

The number of people who
turned out to view the midday swearing-in, on a gray day threatened by
rain, appeared to be significantly smaller than the estimated 2 million
who turned out for now-former President Barack Obama’s first
inauguration in 2009.

Overhead video of the National Mall showed sections of the white matting laid down to protect the grass were largely empty.

More
people were expected to be on hand when Trump and his entourage travel
along Pennsylvania Avenue to the White House later Friday afternoon.

Earlier,
liberal activists with a group called Disrupt J20 intermittently
blocked multiple security checkpoints leading to the largest public
viewing area for the inauguration. Several were led away by police.

Tensions were high on the streets of Washington, with scuffles breaking out between Trump supporters and opponents.

“A protester came over and
ripped off the Don’s head,” Karen Korthaus said as she showed a reporter
a video of the incident. “We ran to a pizza shop and taped his head
back on”.

Members of Bikers for Trump assembled near
the start of the route the new president will take to the White House to
cheer the parade, shrugging off Trump opponents who briefly engaged
them in a shouting match.

“They’re
just trying to argue,” said a member of the bikers group, Donald
Gregory, 53, of North Carolina. “We finally have someone we can root
for.”
Trump’s inauguration drew reaction across the world.

In
Tokyo, several hundred people, most of them expatriate Americans,
protested against Trump. In London, activists draped a banner across the
British capital’s iconic Tower Bridge reading “Build bridges not
walls,” a reference to Trump’s promise to wall off the U.S.-Mexico
border.

But in Moscow, Russians
hoping Trump will usher in a new era of detente with their country
celebrated his inauguration. To the east, craftsman in the city of
Zlatoust released a limited series of silver and gold commemorative
coins, engraved with “In Trump We Trust.”
The
U.S. Secret Service, Washington police and other law enforcement
agencies had about 28,000 officers in place to secure a roughly
three-square-mile (7.8 square km) of downtown Washington.

Along the stretch of Washington where the rioters smashed windows, workers were beginning to clean up the debris.

“We’re
just working, and the next thing you know, violence is coming our way,”
said Edwin Garcia, 26, a cook at an Au Bon Pain where three windows
were shattered. “What was the point if they never got to where Trump
is?” 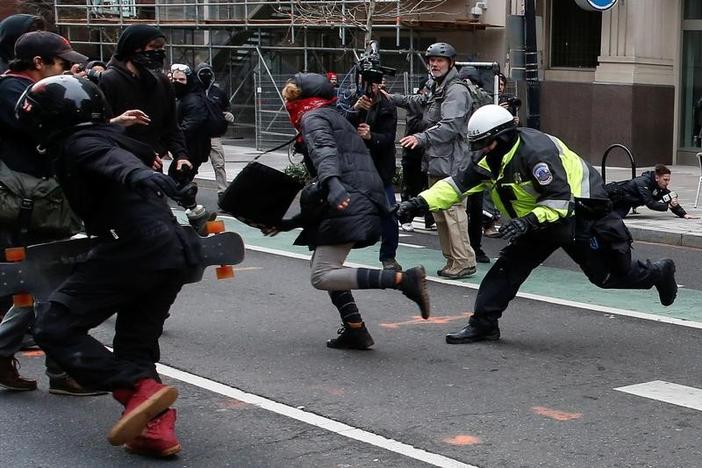 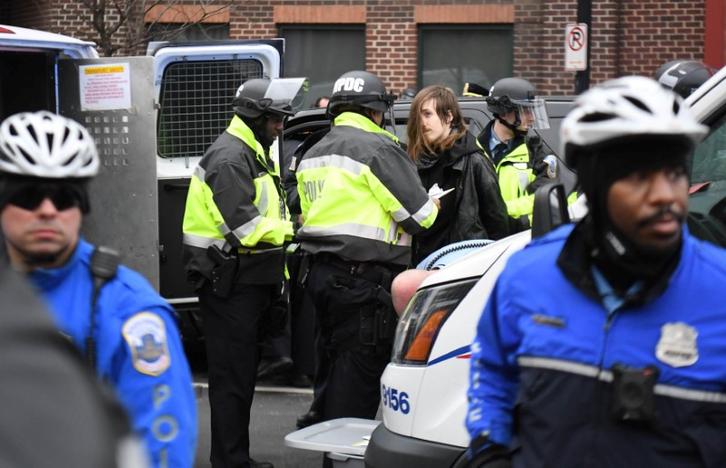 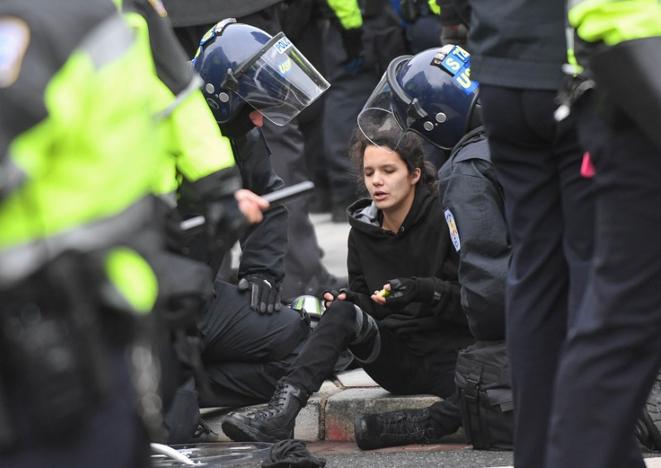 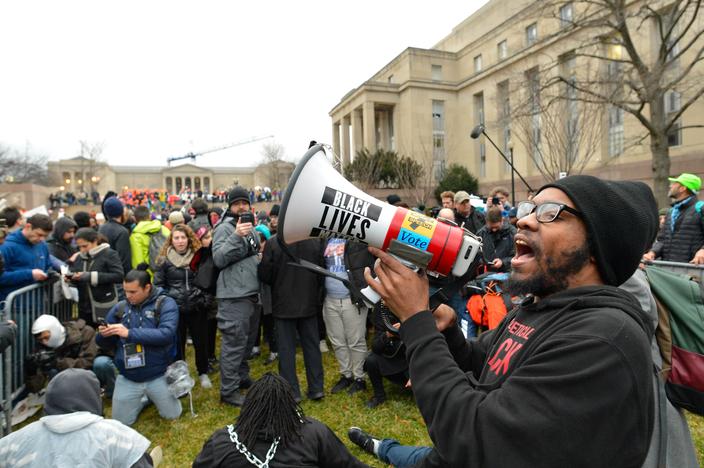 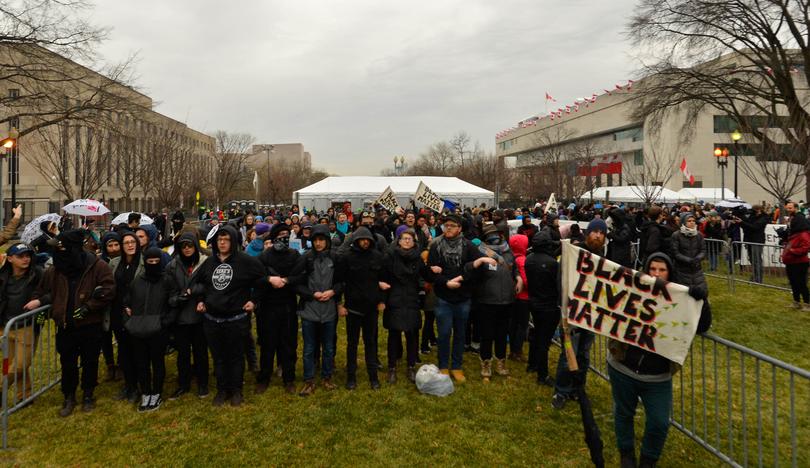 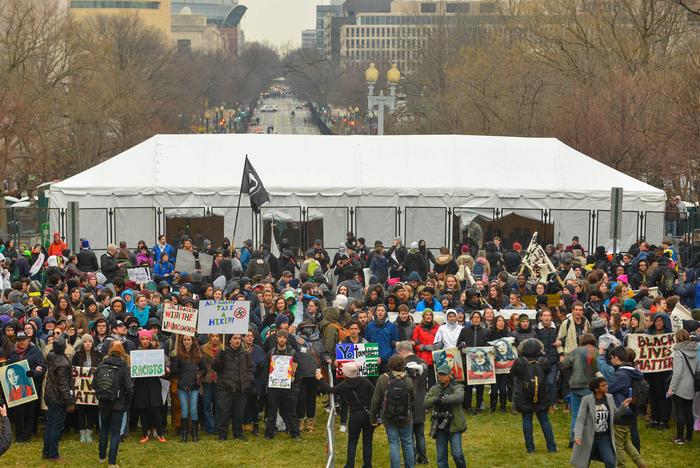 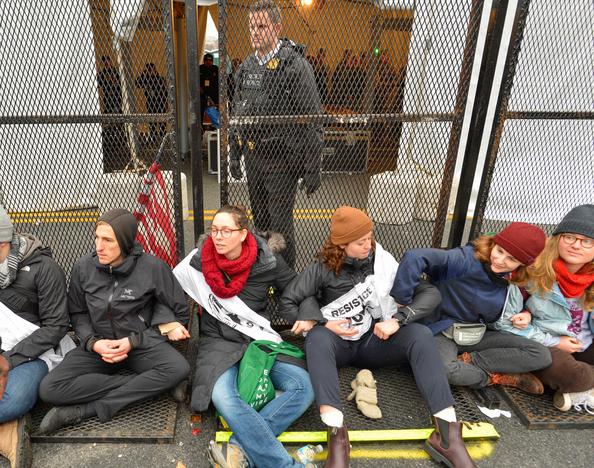 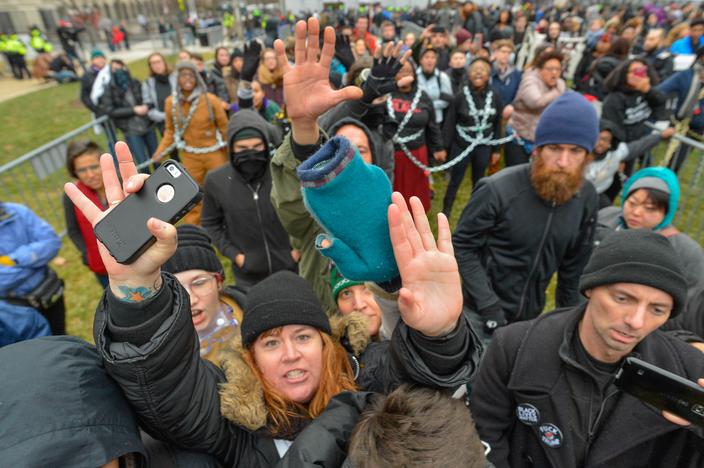 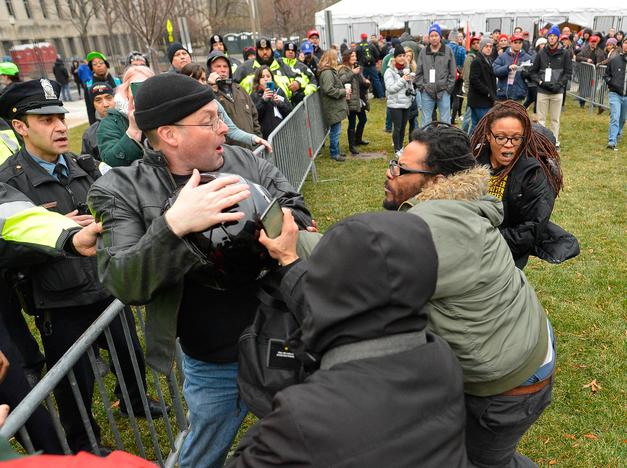 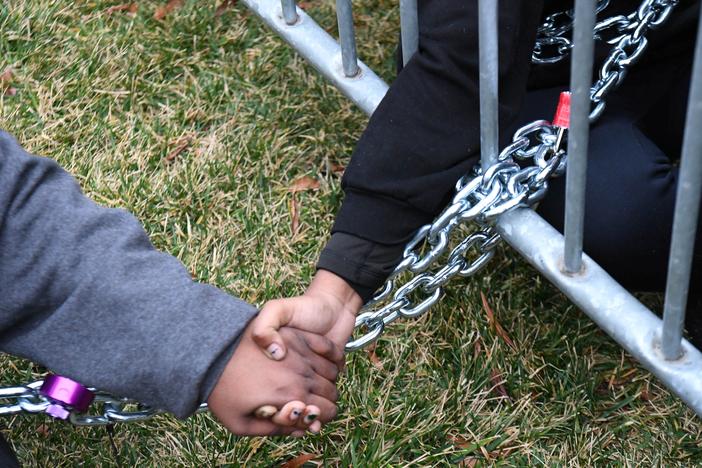 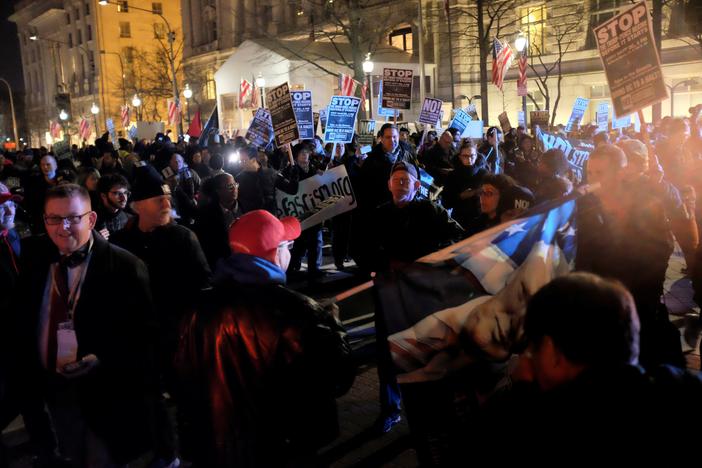 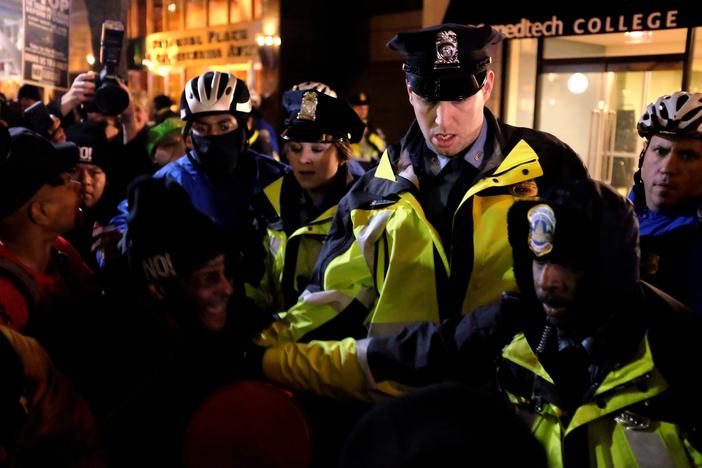 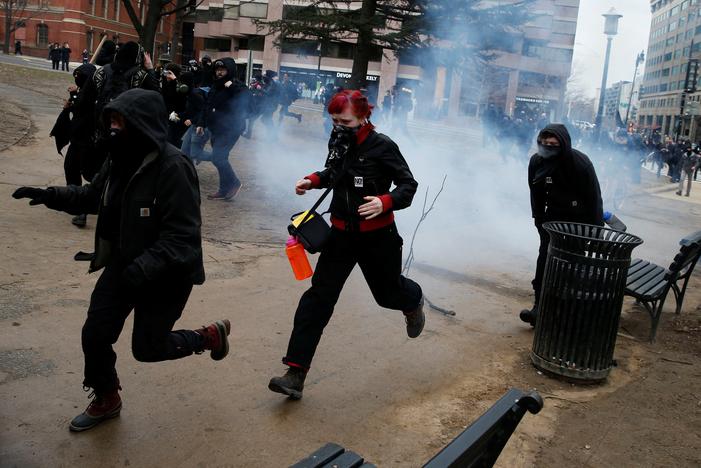 To much to bear i saw Torn flesh,Broken bones, Children’s bodies says 'Doctor'