There is
disagreement within President-elect Donald Trump’s camp about the
structure of the top U.S. intelligence agency when he takes office and
it is unclear whether his national security adviser will prevail in
advocating a reorganization, sources familiar with the matter said on
Thursday.

At issue is the
Office of the Director of National Intelligence (ODNI), which Congress
created after the Sept. 11 attacks to better coordinate the efforts of
U.S. intelligence agencies to protect the United States.

Trump security adviser Michael Flynn, who as
head of the Pentagon’s Defense Intelligence Agency under President
Barack Obama sometimes clashed with other intelligence agencies, favors
restructuring and paring back the ODNI, the sources said.

But one source close to the Trump transition cautioned that the outcome is not certain.
“There
is a general consensus that the ODNI is too big and grown too fast.
Some around him (Trump) believe this, but whether they plan to address
it or how, I just don’t know,” said the source, who like others
requested anonymity to discuss the Trump team’s internal deliberations.

Flynn
has had a fraught relationship with the ODNI. After complaints over his
management style at the Defense Intelligence Agency, he was fired by
Director of National Intelligence James Clapper.

A
senior transition official told Reuters on Thursday that Trump has
picked former U.S. Senator Dan Coats as his director of national
intelligence – a sign Trump does not plan to try to eliminate ODNI.

A U.S. official familiar with Coats’ views suggested he would not move precipitously to overhaul U.S. intelligence agencies.

“Any possible reforms to the structure of the
intelligence community, he would approach with great caution and
responsibility,” the official said.

Relations between Trump and U.S. intelligence agencies are extraordinarily rocky even before he is sworn in on Jan. 20.

Trump
disparaged the spy agencies’ conclusions that Russia was behind hacks
of the Democratic National Committee and the campaign staff of his 2016
election opponent Hillary Clinton. Clapper told Congress Thursday he was
“even more resolute” that Russia staged cyber attacks, rebuking Trump’s
skepticism.

Trump was scheduled
to be briefed on Friday on an intelligence report that reaches that
conclusion. Russia has denied the hacking allegations.

“I
think the president-elect is more skeptical of the conclusions that are
drawn from the raw data rather than the intelligence in the raw data
that’s provided,” Trump spokesman Sean Spicer told reporters on
Wednesday.

Coats, according to another U.S. official
familiar with his views, said he knew a lot about Europe and Russia and
may well “butt heads with Trump over Russia.”

The
Wall Street Journal reported on Wednesday that Trump is working with
top advisers to restructure and reduce the size of the ODNI.

That
report largely reflects the views of Flynn, said a source familiar
with the retired lieutenant general’s thinking who declined to be
identified.

“There is no truth to this idea of
restructuring the intelligence community infrastructure,” Spicer said.
“All transition activities are for information gathering purposes and
all discussions are tentative.”

A
broad intelligence reorganization would require congressional action.
Congress created ODNI in a 2004 law that makes it the parent of 16 other
U.S. intelligence agencies, ranging from the CIA and the DIA to the
eavesdropping National Security Agency and the State Department’s
intelligence bureau.

Flynn, who
served as a top military intelligence officer in Afghanistan and Iraq,
is said by those familiar with his views to favor major changes at the
CIA as well.

Both on the
battlefield and at the DIA, Flynn pushed for intelligence personnel to
be moved out of compounds and offices and closer to front lines, where
Flynn believed they would be more effective intelligence collectors,
said the source familiar with his views.

Flynn
would like the CIA to reorganize itself along these lines, the source
said. The CIA was just reorganized last year, however, to bring
frontline spies and backroom analysts together in new units focused
tightly on specific issues or regions.

Republican
congressman Mike Pompeo, Trump’s choice for CIA director, is known to
share Flynn’s views about the need for restructuring at CIA, the source
said. But two other people familiar with Trump transition discussions
said Pompeo has not been involved in talks about possible CIA
reorganization. 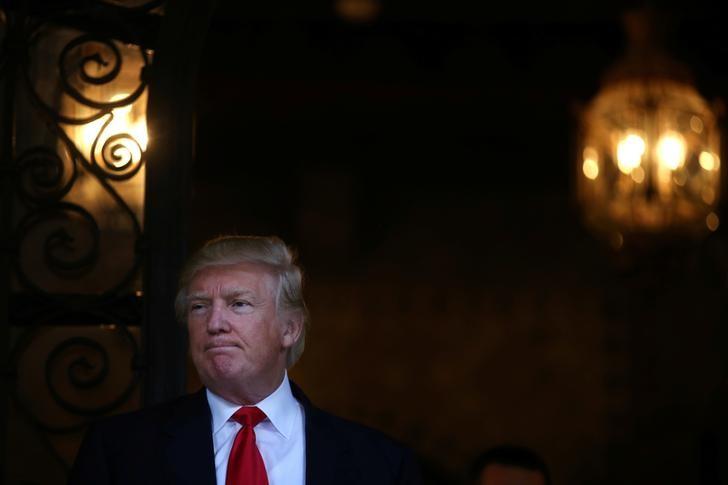