An operation to
evacuate thousands of civilians and fighters from the last rebel bastion
in Aleppo began on Thursday, part of a ceasefire deal that would end
years of fighting for the city and mark a major victory for Syrian
President Bashar al-Assad.

A
convoy of ambulances and buses with nearly 1,000 people aboard drove
out of the devastated rebel-held area of Aleppo, which was besieged and
bombarded for months by Syrian government forces, a Reuters reporter on
the scene said.

Syrian
state television reported later that two further convoys of 15 buses
each had also left east Aleppo. The second had reached the rebel-held
area of al-Rashideen, an insurgent said.
Women
cried out in celebration as the buses passed through a government-held
area, and some waved the Syrian flag. Assad said in a video statement
the taking of Aleppo was a historic moment.

An
elderly woman, who had gathered with others in a government area to
watch the convoy removing the rebels, raised her hands to the sky,
saying: “God save us from this crisis, and from the (militants). They
brought us only destruction.”

Wissam
Zarqa, an English teacher in the rebel zone, said most people were
happy to be leaving safely. But he said: “Some of them are angry they
are leaving their city. I saw some of them crying. This is almost my
feeling in a way.”

Earlier,
ambulances trying to evacuate people came under fire from fighters
loyal to the Syrian government, who injured three people, a rescue
service spokesman said.
“Thousands
of people are in need of evacuation, but the first and most urgent
thing is wounded, sick and children, including orphans,” said Jan
Egeland, the U.N. humanitarian adviser for Syria.

Behind
those fleeing was a wasteland of flattened buildings, concrete rubble
and bullet-pocked walls, where tens of thousands had lived until recent
days under intense bombardment even after medical and rescue services
had collapsed.

The
once-flourishing economic center with its renowned ancient sites has
been pulverized during the war which has killed more than 300,000
people, created the world’s worst refugee crisis and allowed for the
rise of Islamic State.

“PLACE THEM ALL IN IDLIB”

Turkey is considering
establishing a camp in Syria for civilians being evacuated from Aleppo
and the number of people brought out of the city could reach 100,000,
Deputy Prime Minister Veysi Kaynak said.

In Aleppo’s rebel-held area, columns
of black smoke could be seen as residents hoping to depart burned
personal belongings they do not want to leave for government forces to
loot.
“It’s difficult to
leave your belongings knowing that your enemy is going to use them.
Thugs usually will take them … They will take everything as a prize
for kicking us out,” Zarqa, the teacher, said.

However,
the war will still be far from over, with insurgents retaining their
rural stronghold of Idlib province to the southwest of Aleppo, and the
jihadist Islamic State group holding swathes of the east and recapturing
Palmyra this week.

The
International Committee of the Red Cross said close to 1,000 civilians
and 26 wounded, including several children, were evacuated, a total it
expects to double by day’s end. The ICRC said there was “very light
screening” by Syrian authorities without identity checks and
registrations.

Rebels and
their families would be taken toward Idlib, a city in northwestern Syria
which is outside government control, the Russian defense ministry said.

Idlib
province, mostly controlled by hardline Islamist groups, is not a
popular destination for fighters and civilians from east Aleppo, where
nationalist rebel groups predominated.

A
senior European diplomat said last week that the fighters had a choice
between surviving for a few weeks in Idlib or dying in Aleppo. “For the
Russians it’s simple. Place them all in Idlib and then they have all
their rotten eggs in one basket.”

Idlib
is already a target for Syrian and Russian air strikes but it is
unclear if the government will push for a ground assault or simply seek
to contain rebels there for now.

The
International Rescue Committee said: “Escaping Aleppo doesn’t mean
escaping the war … After witnessing the ferocity of attacks on
civilians in Aleppo, we are very concerned that the sieges and barrel
bombs will follow the thousands who arrive in Idlib.”

Britain’s
Foreign Secretary Boris Johnson said he had summoned the ambassadors of
Russia and Iran to convey profound disquiet over Aleppo, saying it was
crucial to protect civilians and deliver aid. U.N. aid chief Stephen
O’Brien will brief the Security Council on Friday on the Aleppo
evacuation.

The evacuation deal was expected to
include the safe passage of wounded from the Shi’ite villages of Foua
and Kefraya near Idlib that are besieged by rebels. A convoy set off to
evacuate the villages on Thursday, Syrian state media said.

Efforts
to evacuate eastern Aleppo began earlier in the week with a truce
brokered by Russia, Assad’s most powerful ally, and Turkey, which has
backed the opposition. That agreement broke down following renewed
fighting on Wednesday and the evacuation did not take place then as
planned.

A rebel official
said a new truce came into effect early on Thursday. Shortly before the
new deal was announced, clashes raged in Aleppo.

Government
forces made a new advance in Sukkari – one of a handful of districts
still held by rebels – and brought half of the neighborhood under their
control, according to the Syrian Observatory for Human Rights, a
monitoring group.

The
Russian defense ministry said – before the report of the government
forces’ advance in Sukkari – that the rebels controlled an enclave of
only 2.5 square km (1 square mile).

The
evacuation plan was the culmination of two weeks of rapid advances by
the Syrian army and its allies that drove insurgents back into an
ever-smaller pocket of the city under intense air strikes and artillery
fire.

By taking control of
Aleppo, Assad has proved the power of his military coalition, aided by
Russia’s air force and an array of Shi’ite militias from across the
region.

Rebels have been
backed by the United States, Turkey and Gulf monarchies, but that
support has fallen far short of the direct military assistance given to
Assad by Russia and Iran.

Russia’s
decision to deploy its air force to Syria more than a year ago turned
the war in Assad’s favor after rebel advances across western Syria. In
addition to Aleppo, he has won back insurgent strongholds near Damascus
this year.

The government
and its allies have focused the bulk of their firepower on fighting
rebels in western Syria rather than Islamic State, which this week
managed to take back the ancient city of Palmyra, once again
illustrating the challenge Assad faces reestablishing control over all
Syria.

(Reporting by Laila Bassam in Aleppo and Tom Perry, John Davison and
Lisa Barrington in Beirut, Michelle Martin in Berlin, John Irish in
Paris, Stephanie Nebehay in Geneva; Writing by Angus McDowall in Beirut
and Giles Elgood in London, editing by Peter Millership and Mark
Trevelyan) 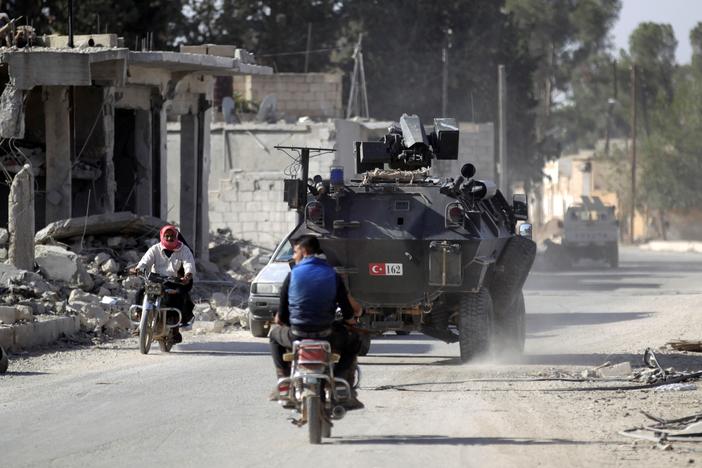 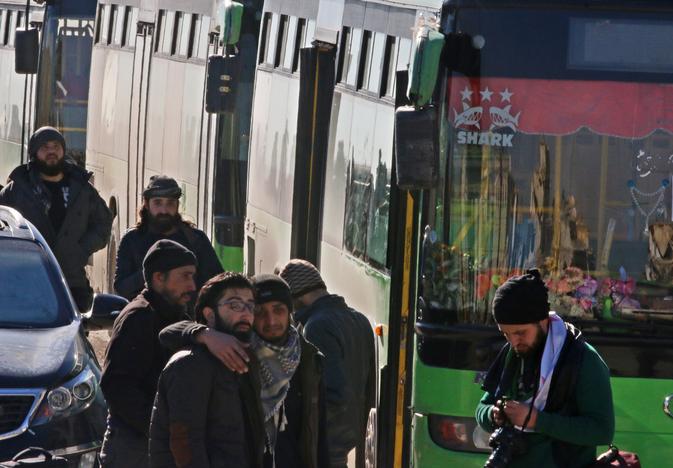 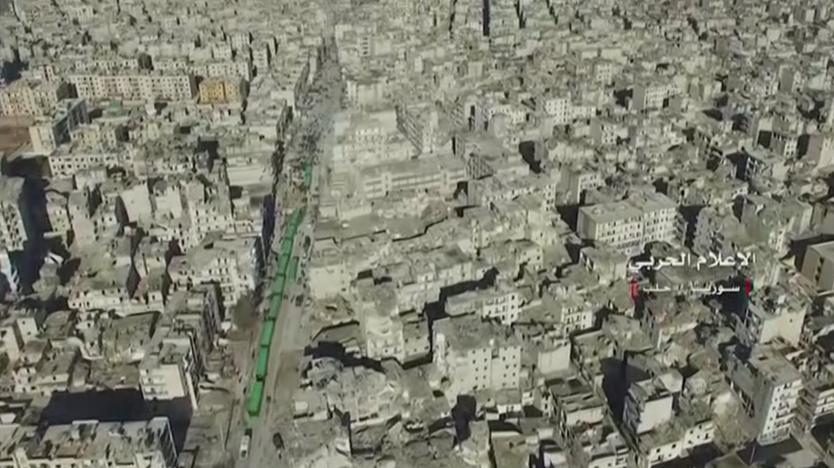 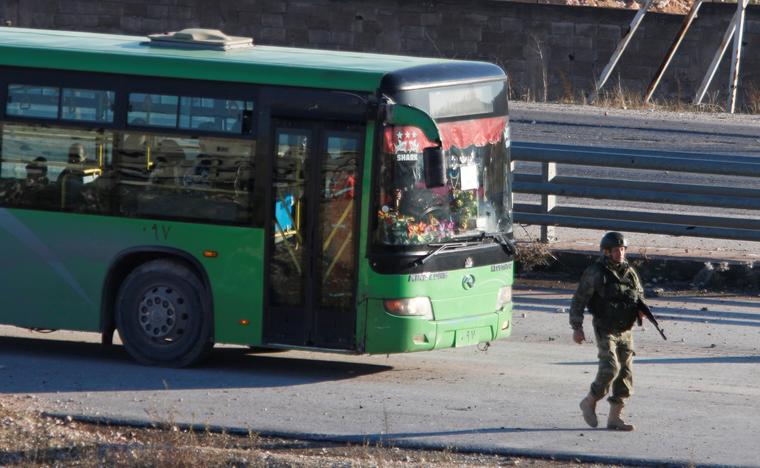 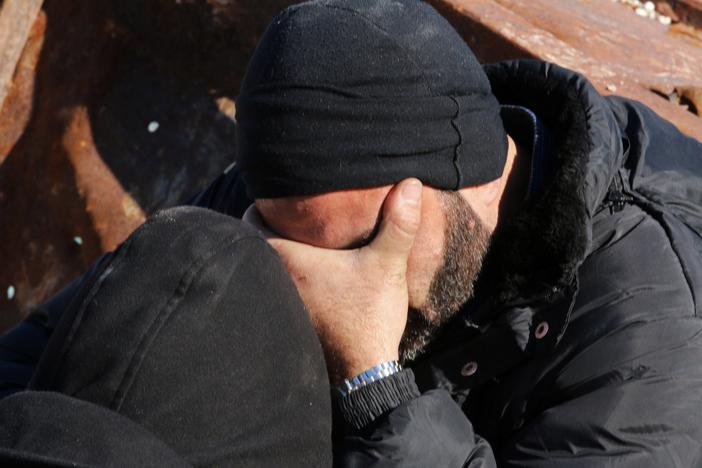 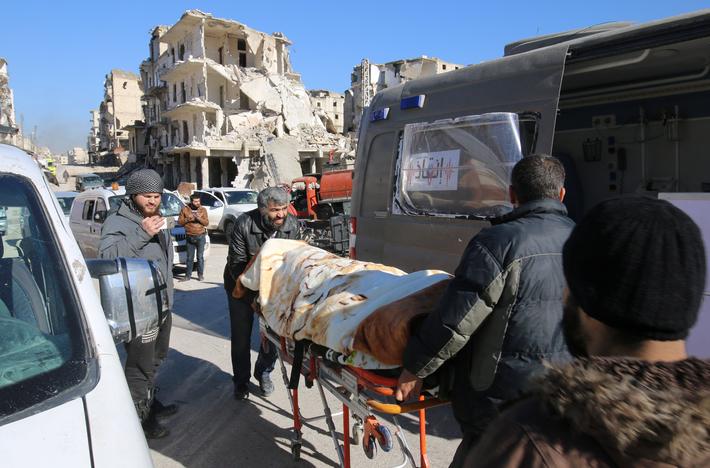 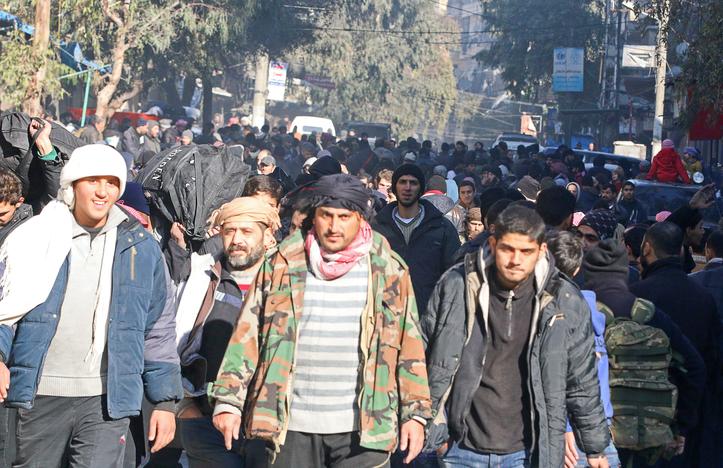 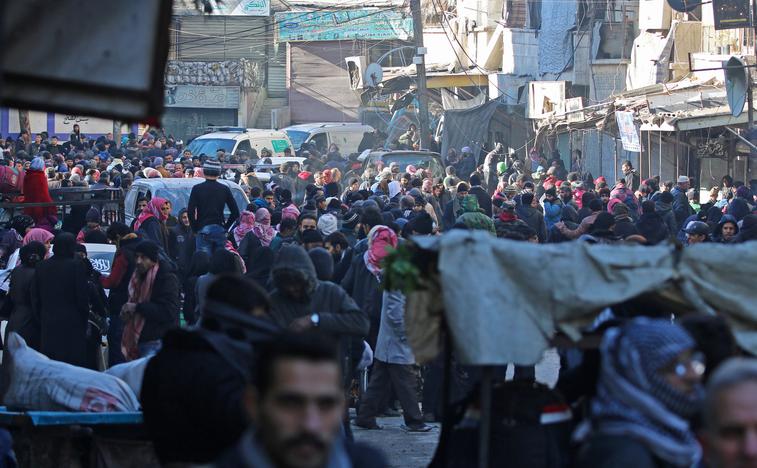 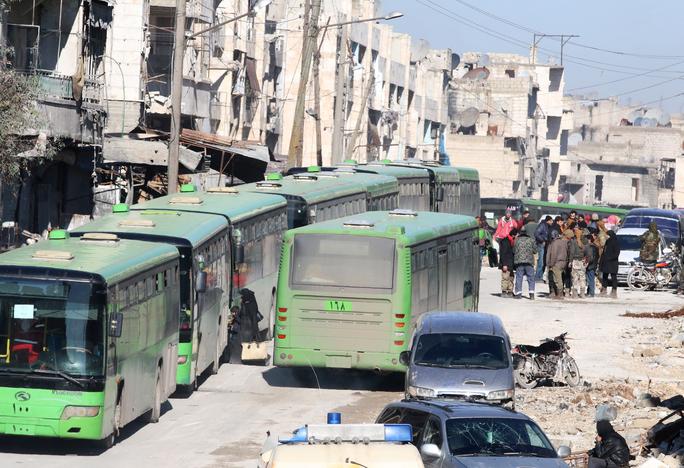