Britain’s defense
minister said on Sunday he was ready to work with his new U.S.
counterpart but that Western nations could not treat Russia as an equal
partner as Moscow was a strategic competitor.

“I’m
ready to work with the new Secretary of Defence Jim Mattis… to be
strong against Russian aggression towards NATO, to de-escalate tensions
with Moscow and as I said to continue to work with Russia on how we get
towards a settlement in Syria,” Michael Fallon told the BBC.

“That
can’t be treating Russia as an equal. Russia is a strategic competitor
to us in the West and we have to understand that,” he said.

Trump
is expected to name the chief executive of Exxon Mobil Corp as
secretary of state, a source told Reuters on Saturday, an appointment
that would put in place an official with close ties to the Russian
government.

Fallon also
emphasized Britain’s support for Saudi Arabia after foreign minister
Boris Johnson told an audience that the Saudis, Iran and others were
“puppeteering and playing proxy wars.”

A
spokeswoman for Prime Minister Theresa May said earlier in the week
that Johnson’s views did not reflect the government’s position on Saudi
Arabia and its role in the region.

On
Sunday, Fallon emphasized support for the kingdom, which since March
2015 has led a coalition launching air strikes in support of the Yemeni
government of Abd Rabbu Mansour al-Hadi against Houthi fighters, who are
backed by troops loyal to ex-President Ali Abdullah Saleh.

“It (Saudi Arabia) is perfectly
entitled to defend itself and it is also leading the coalition to
restore the legitimate government of Yemen,” Fallon said. 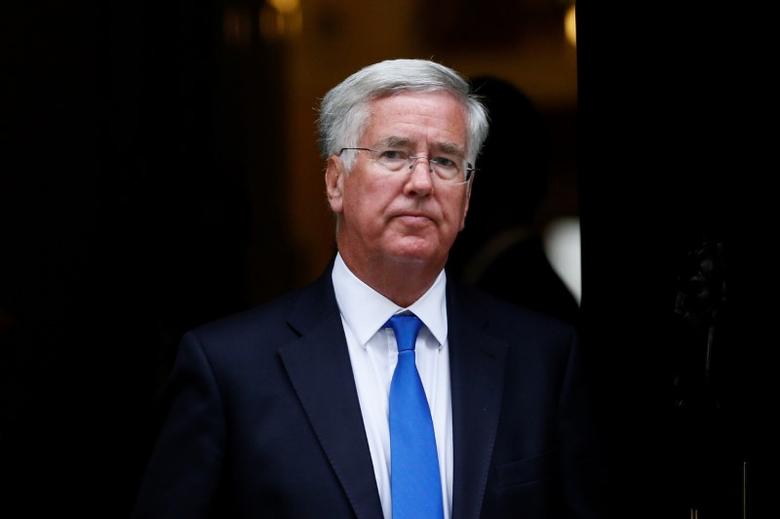