Share
Facebook Twitter LinkedIn StumbleUpon Tumblr Pinterest Reddit WhatsApp Telegram Share via Email Print
Share
A
Nevada judge on Tuesday rejected Republican presidential candidate
Donald Trump’s request for records from a Las Vegas polling place that
the campaign said had allowed people to vote after a deadline last week.Trump
and Democrat Hillary Clinton are in a close contest for Nevada’s six
electoral votes in Tuesday’s election after a long and contentious
campaign. Nevada is one of several states that permits early voting and
Las Vegas is viewed as a base of support for Clinton.

Nevada
state law says voters who are in line at 8 p.m., when the polls close,
must be allowed to cast their ballots. Trump’s lawsuit, filed in a
Nevada state court on Monday, said election officials violated state law
because they allowed people to join the line after 8 p.m. at a polling
location at a Latino market during last week’s early voting period.

Trump
a New York businessman and reality TV personality who has never
previously run for political office, said last month that he might not
accept the outcome of the national election if he thinks it is unfair.

“We
have to keep the system honest,” Trump said on Fox News on Tuesday
before Eighth Judicial District Court Judge Gloria Sturman rejected his
request.

The suit had asked the
court to order officials to preserve various records from the Cardenas
Market and to segregate ballots from the voting machines at issue.

At
a court hearing in Las Vegas on Tuesday, a county attorney argued that
election officials already preserve records. Sturman agreed, saying she
did not want to issue an order that could help reveal which candidate
were chosen by particular voters.

The
Trump campaign also had asked for information about poll workers on
duty at the market and Sturman said she was concerned they might face
threats for helping people vote.

“Have you watched Twitter? Do you watch any cable news shows? People can get information and harass them,” the judge said.

Clinton
spokesman Glen Caplin said the campaign was pleased by the ruling and
described Trump’s suit as “a desperate response to the record turnout
we’re seeing in Nevada and across the country.” 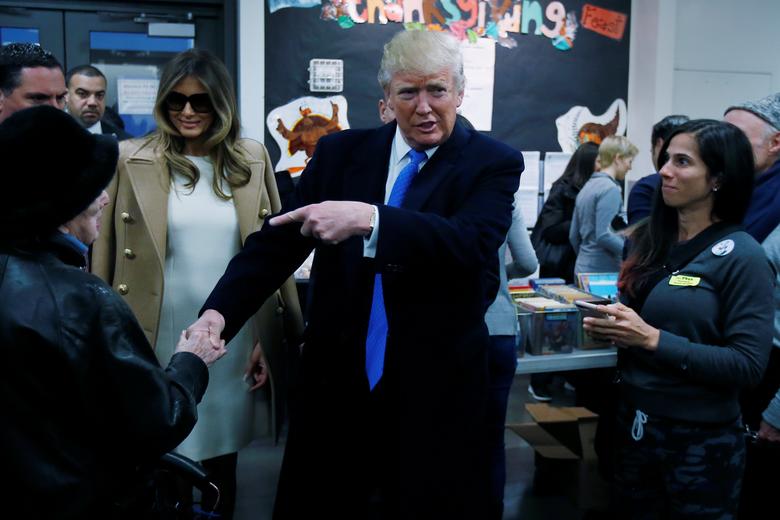 (Reporting by Dan Levine in San Francisco and Mica Rosenberg and Nate
Raymond in New York; Editing by Grant McCool and Bill Trott)

The World According to Russian- America's ‘Stinking’ Democracy!