Dozens of Russian
fans charged at England supporters inside the stadium immediately after
the final whistle of their team’s opening pool match in Marseille on
Saturday, a Reuters witness said.

The
Russian supporters grabbed flags and threw projectiles, forcing
panicked England fans to clamber over barriers as stewards looked on. 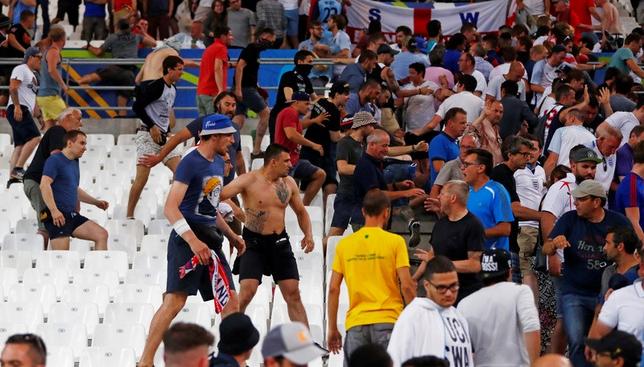