“Faced
with an event this big … which must take place in conditions of
security and which at the same time should be a celebration … we have
to ensure security,” he said on France Info radio.
“The state of emergency cannot be permanent, but on the occasion of these big events… we have decided to prolong.”

Euro
2016 starts June 10 and runs for a month. Some 2.5 million spectators
are expected at 10 stadiums for 51 matches involving 24 teams at the
tournament, which France is hosting. There will also be fan zones in
other major cities.

The current state of emergency giving extra powers to police and security forces runs until May 26.
Valls said Interior
Minister Bernard Cazeneuve would propose the measure to other ministers
later on Wednesday. It would then need to be voted in by Parliament.

Police
have had extra powers to search homes, hold suspects and put people
under house arrest since the Nov. 13 attacks, in which 130 people were
killed. The initial move was popular in France, but human rights groups
have expressed concern at two extensions that have taken place since.

The Stade de
France national stadium north of the capital, which will host the
opening match and the final, was the site of a suicide bombing on the
night of the attacks. Other shootings and suicide bombings took place
near the city center at the Bataclan music venue and at cafes.

They were claimed by Islamic State, the ultra-hardline militant Islamist group that controls parts of Syria and Iraq.

Security
arrangements for the competition are already stricter than usual. The
Stade de France alone will be watched over by some 1,200 security
officials. The average stadium security presence will be 900 strong,
plus 200 volunteer ushers and 80 medics – about 30 percent more staffing
than at normal matches.

CRS riot police and Gendarmerie divisions will also be deployed in the host towns. 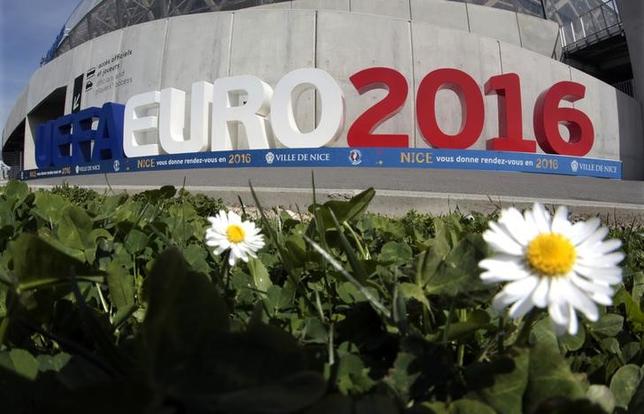 Trump and Clinton cast themselves as inevitable.