Share
Facebook Twitter LinkedIn StumbleUpon Tumblr Pinterest Reddit WhatsApp Telegram Share via Email Print
Share
A judge will decide by the end of this month whether to proceed with a proposed class action lawsuit filed by a Jamaican fashion model against Republican presidential front-runner Donald Trump’s modeling agency, the judge’s office said.
Alexia Palmer accuses Trump Model Management LLC of lying to the federal government in its work-visa application that said she would be paid a $75,000-a-year salary while living in the United States, according to court documents.
Instead, according to court papers, Palmer received a total of $3,880.75 during the three years she was under contract with the agency. The complaint alleges “fraudulent misrepresentation” and violations of U.S. immigration and labor laws. It asks for $225,000 in back pay.
The suit was originally filed in October 2014. A decision on a pending motion by Trump Model Management to dismiss is expected by the end of March, the clerk for Judge Analisa Torres, who is presiding over the case in the U.S District Court, Southern District, told Reuters.
If Torres rules the case can proceed, it could revive attention on Trump’s foreign labor practices at a time when the celebrity billionaire’s rise in American politics has riveted the world’s attention.
Trump’s lawyers have called the case “frivolous” and “without merit.” In court documents, they said Palmer wasn’t an employee and was more than adequately compensated for a “very brief stint as a fashion model,” which they say amounted to less than 10 days of work over three years.
Reuters could not independently confirm that assertion.
“At the end of the day, this model just didn’t have a successful career, and we fully expect to win,” said Lawrence Rosen, a lawyer for Trump Model Management.
Although Trump owns the modeling agency, the suit does not name him. Trump’s campaign spokeswoman, Hope Hicks, said in a statement that Trump Model Management’s treatment of Palmer was in line with “standard practice in the modeling industry.”
Palmer’s lawyer, Naresh Gehi, says his client was cheated of earnings and seduced by a life of glamour that never materialized. “The visa application the company filed with the government requires that people are paid the full amount,” Gehi said. “It’s a requirement.”
Palmer, who was 17 when she came to New York in 2011, was not available to comment.
TOP JAMAICAN MODEL
Sylvia Ayass, a lawyer who has worked with models on visas like Palmer’s, said agencies typically pay what they state on visa applications.
Trump has won Republican frontrunner status in the 2016 election in large part by positioning himself as a champion of the American worker who will deport illegal immigrants, build a wall with Mexico and do away with the off shoring of U.S. jobs.
This is not the first time Trump’s labor practices have drawn criticism. A Reuters story published in August revealed that Trump’s companies sought to import at least 1,100 workers on temporary visas since 2000. Of those, 250 were filed for foreign fashion models, according to the Reuters analysis of federal Department of Labor data.
Using a federal visa program called H-1B that allows U.S. employers to hire “specialized” foreign labor, Trump’s modeling agency offered Palmer “at least $75,000 per year” for three years. It listed that salary on her H-1B visa application in 2011, according to the court documents reviewed by Reuters.
Rosen, the lawyer for Trump Model Management, said the $75,000 a year figure was simply a guess, not a guarantee.
Under that contract, Palmer agreed “to promptly reimburse” Trump Model Management “for any and all costs and expenses” that the agency incurred relating to her modeling.
According to the suit, the agreement stipulated that Trump Model Management would take a 20 percent cut of Palmer’s earnings but instead took 80 percent by deducting charges for everything from postage to walking lessons to mobile phone costs and limousine rides, as well as $4,000 in “administrative fees,” according to court documents.
The suit said it was seeking class-action status to represent other models who believe they were misled and underpaid after coming to the United States with sponsorship from Trump’s modeling agency. 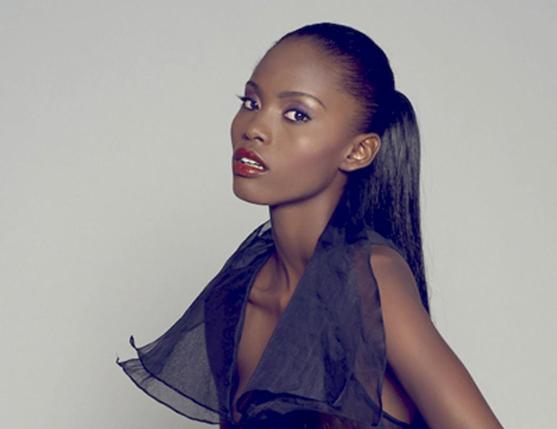 Obesity or Diabetes,Soda is driving the most common chronic disease in the world.