Share
Facebook Twitter LinkedIn StumbleUpon Tumblr Pinterest Reddit WhatsApp Telegram Share via Email Print
Share
It came after Austria hosted a meeting with Balkan states on the migrant issue, to which Greece was not invited.
Meanwhile, EU and Balkan interior ministers have met in Brussels to try to heal rifts over the migrant issue.
Speaking afterwards, the EU’s migration commissioner warned that the bloc’s migration system could be days away from complete breakdown.
Dimitris Avramopoulos said member states had until a 7 March summit with Turkey to curb the number of migrants.
“In the next 10 days, we need tangible and clear results on the ground,” he told reporters.
“Otherwise there is a risk that the whole system will completely break down.”
Austria, Serbia and Macedonia have taken their own steps to limit entry to migrants, angering Greece, which fears the controls will cause a bottleneck. The measures also threaten Europe’s Schengen passport-free travel area that spans 26 countries.
In a statement, the Greek foreign ministry said that the ambassador was being recalled “in order to safeguard the friendly relations between the states and the people of Greece and Austria”.
It said that problems facing the European Union “cannot be dealt with, with thoughts, mentalities and extra-institutional initiatives that have their roots in the 19th Century”.
Speaking in Brussels, Greek Migration Minister Yannis Mouzalas said his country would “not accept becoming Europe’s Lebanon, a warehouse of souls”.
Lebanon is home to about a million of the four million Syrians who have fled to neighbouring countries.
In other developments
More than one million migrants arrived in the EU last year, many of them fleeing the civil war in Syria. So far this year, 100,000 migrants have entered the EU illegally – nearly all of them arriving in Greece. More than 400 have died on the sea crossing from Turkey.
The surge in migration coupled with the failure to agree an EU-wide response has led to warnings about the bloc’s survival.
It is Greece that has recalled its ambassador from Vienna but it is really Austria that is the driving force in the current phase of this refugee crisis. And Austria’s actions are frustrating not only Greece, but others too.
Austria’s cap on the number of refugees allowed to cross its border was criticised as against international law. But it has gone ahead anyway and the result has been a cascade of frontier controls in countries further south.
Now Vienna’s decision to co-ordinate refugee policy with Balkan countries but not Greece has riled Athens, and it has exasperated Germany and the European Commission too.
Greece is finding itself squeezed from all sides. Thousands continue to land on its islands every week but many cannot now travel further north. As the numbers stuck in Greece build, the country’s ability to cope is limited. Greece’s economic crisis is not over.
Meanwhile Greece has been roundly criticised by the EU and other European countries for failing to manage the new arrivals properly. But the EU and other European countries promised to help by moving thousands of refugees from Greece and that has not happened. So the problems are only mounting.
On Wednesday, representatives from 10 Balkan states attended talks in Austria and agreed to co-ordinate action to limit the flow of migrants.
The meeting drew an angry response from Greece, with the foreign ministry warning that “responsibility for dealing with the migration and refugee crisis cannot burden one country”.
EU interior ministers meeting in Brussels on Thursday have been hearing plans drawn up by Austria and Balkan countries that seek to restrict the numbers entering their borders.
Measures include fingerprinting all entrants and turning back anyone without a passport or holding fake documents.
The countries have also pledged to accept only those they deem to be in need of protection – interpreted by some governments as meaning only Syrians and Iraqis.
Over the weekend, Macedonia barred entry to Afghans at its border with Greece. Angry protests erupted at the border crossings and Greece was forced to transport hundreds of Afghan back to Athens.
Greece has threatened to block all decisions at EU migration summits next month if member states do not agree to take in quotas of migrants.
Hungary announced on Wednesday that it would hold a referendum on whether to accept mandatory EU quotas for relocating migrants.
Last year, Hungary’s right-wing government built a razor-wire fence on its borders with Serbia and Croatia to try to limit the flow of migrants. 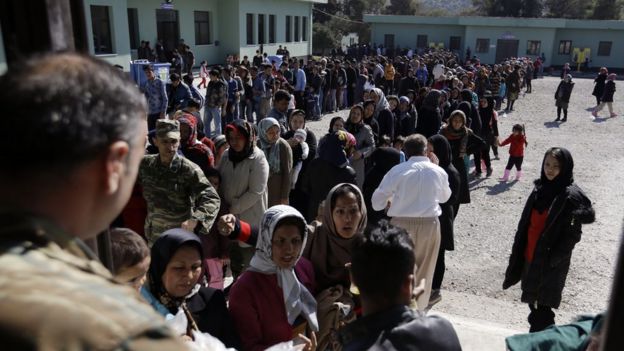 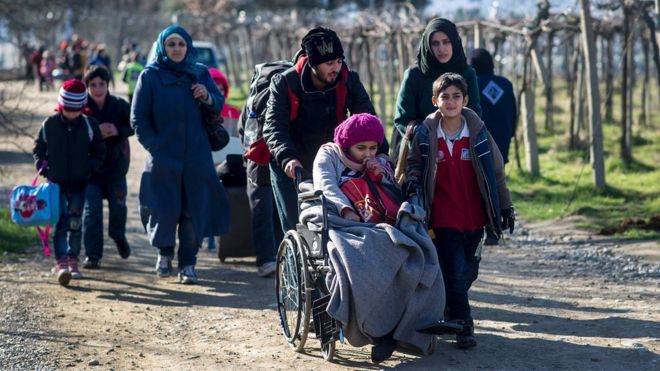 Ntel back on line makes history with first VoLTE call in Nigeria.