Share
Facebook Twitter LinkedIn StumbleUpon Tumblr Pinterest Reddit WhatsApp Telegram Share via Email Print
Share
U.S. and Russian military officials have held talks in Geneva ahead of a wider meeting on Friday aimed at trying to secure a cessation of hostilities in Syria, diplomats said.
The unannounced bilateral meeting was aimed at narrowing positions before the two powers jointly chair a United Nations meeting on the issue, they said, declining to give details.
“The idea of the whole exercise is for Russia and the United States to have a joint view. The UN will apparently promote a ceasefire and implementation, and will negotiate with the parties,” a diplomat close to the process told Reuters.
United Nations spokesman Michele Zaccheo said U.N. Syria envoy Staffan de Mistura, who is returning from a visit to Damascus, took part in the U.S.-Russian talks by videolink.
Zaccheo said the larger meeting of the International Syria Support Group would take place at the United Nations on Friday afternoon.
Moscow hopes that agreements on a ceasefire in Syria will be reached on Friday, Interfax news agency quoted Russian Deputy Foreign Minister Mikhail Bogdanov as saying on Thursday.
Russian air strikes begun last September saved President Bashar al-Assad’s forces after months of military gains by rebels and turned the tide of fighting in his favor, exasperating the United States and its allies which have been working for years to defeat him.
Resuming Syrian peace talks on the scheduled date of Feb. 25 is not a realistic option, de Mistura was quoted as telling a Swedish newspaper on Thursday.
“We need 10 days’ preparation. But the talks … can be successful if emergency aid continues and we get a ceasefire,” de Mistura told the Svenska Dagbladet.
His office could not immediately confirm the report. 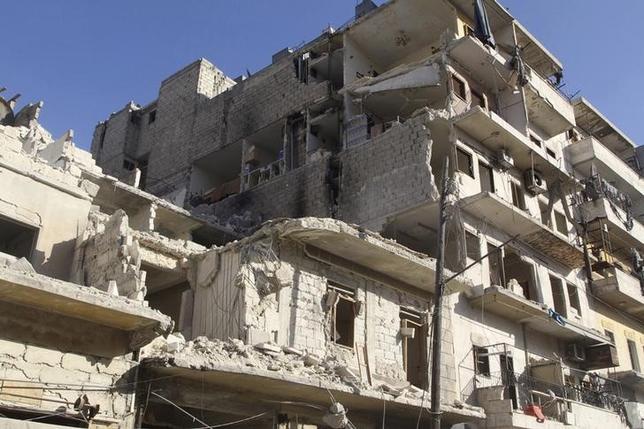