Share
Facebook Twitter LinkedIn StumbleUpon Tumblr Pinterest Reddit WhatsApp Telegram Share via Email Print
Share
Ahmet Davutoglu said the fighters worked in co-operation with militants from the outlawed Kurdistan Workers Party (PKK) in Turkey.
Turkey carried out strikes on PKK forces in north Iraq late on Wednesday, reportedly targeting some 70 militants.
Mr Davutoglu said some senior PKK fighters were among those killed.
Mr Davutoglu named the Ankara bomber as Salih Necar, a Syrian national and member of the Syrian Kurdish People’s Protection Units (YPG).
“A direct link between the attack and the YPG has been established,” he said. He went on to say the attack was carried out with logistical support from PKK militants inside Turkey.
Meanwhile, reports say a military convoy has been hit by a blast in south-east Turkey.
The blast happened on a highway between the towns of Diyarbakir and Bingol with casualties reported, but there are few other details. 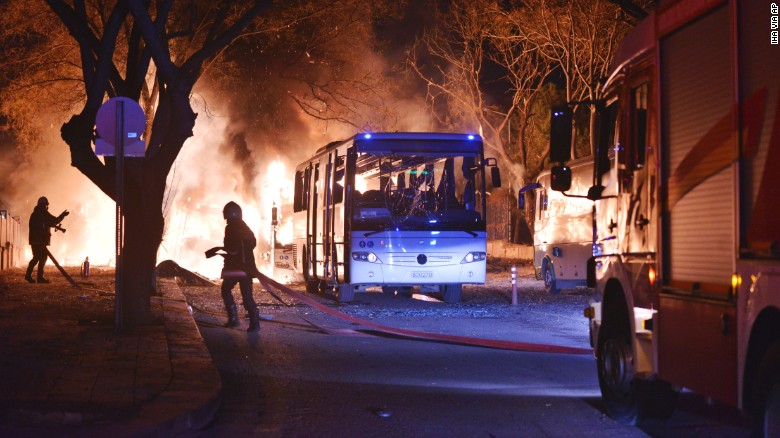 Quintuplets babies Delivered by a woman in Ibadan, Husband Begs Govt for Support

Yatsenyuk Ouster out run in Ukraine