Share
Facebook Twitter LinkedIn StumbleUpon Tumblr Pinterest Reddit WhatsApp Telegram Share via Email Print
Share
Donald Trump will widen a rupture between his supporters and the Republican Party establishment on Thursday when he boycotts a presidential debate in a snub to Fox News only days before the 2016 election season starts in earnest.
The billionaire front-runner for the Republican nomination will host his own event in Iowa during the Fox News debate, likely damaging prime time TV ratings of the most powerful media force in Republican politics.
Trump withdrew from the encounter in a spat with network anchor Megyn Kelly who he accuses of treating him unfairly.
“The ‘debate’ tonight will be a total disaster,” Trump quipped in a Twitter post on Thursday morning. “Low ratings with advertisers and advertising rates dropping like a rock. I hate to see this.”
It is a risky move which could lose him votes at Monday’s Iowa caucuses, the first nominating contest in the Nov. 8 presidential election.
But Trump’s support in the polls, much of it from blue-collar males, has not wavered for months despite him insulting Mexican immigrants, threatening to deny Muslims entry to the United States and fighting with Republican establishment figures like Senator John McCain.
And Trump won backing on Thursday when two Republican candidates, Rick Santorum and Mike Huckabee, agreed to attend his alternative event, a fundraiser for veterans at Iowa’s Drake University, during the Fox News debate.
The pair, social conservatives who have long been at odds with the more mainstream Republican establishment, had been relegated to Fox News’ “undercard” debate of the candidates with low polling which takes place earlier than the full-blown debate at 9 p.m. EST (0200 GMT).
A CNN source said the network would likely air parts of the Trump event live and other networks are expected to give it live coverage as well.
Trump announced on Twitter a dedicated website, DonaldTrumpForVets.com, for his supporters to donate funds for military veterans.
“It is my great honor to support our Veterans with you!” Trump tweeted. The website, however, did not specify any particular charity to which the funds would go.
Rivals like Senator Ted Cruz have accused real estate magnate Trump of being too afraid to face them in the debate and conservative pundits have criticized the move. While some of Trump’s fans were supportive of his decision, others worried that he was wasting an opportunity be snubbing Fox News.
“This was valuable time for him. Why is he giving this up?” said Dale Ranney, a volunteer for Trump’s campaign in South Carolina. “He could have had veteran fundraising on another night. He doesn’t have to make a stand just because he doesn’t like Megyn Kelly.”
Conservative radio talk show host Rush Limbaugh said, “Trump is busting convention and doing everything everybody says not to do.”
Fox News chairman Roger Ailes contacted Trump’s daughter, Ivanka, to gauge Trump’s seriousness about dropping out of the debate, but did not seek to change his mind, network officials said, according to The New York Times.
While Trump could cost Fox News debate-night ratings, officials at the network said Rupert Murdoch, the executive co-chairman of Fox’s parent company, 21st Century Fox, gave Ailes his support over the phone, The New York Times said.
Fox News on Tuesday had released a statement that questioned how Trump would handle Russian President Vladimir Putin and Iran’s Supreme Leader Ayatollah Ali Khamenei if he could not deal with Kelly – a statement Trump said was childish.
OPENING FOR RIVALS
Conservative Fox News TV host Bill O’Reilly told Trump in an interview on Wednesday the decision to boycott the debate could appear “self-absorbed”.
“People are going to say, you know Trump he’s just too self-absorbed to be president. He needs to look to the bigger picture, and the bigger picture is to get your message to the folks,” O’Reilly said, asking Trump to reconsider.
“I’m not walking away, I was pushed away,” Trump responded.
Trump’s rivals view the debate as a chance to get their own messages across without having to compete with Trump’s bomb-throwing rhetoric.
“It gives us more time at the microphone and more time to talk about answers to substantive issues that Iowa voters are demanding right now,” said David Kochel, a senior adviser to Republican candidate Jeb Bush.
“It is undeniable that what he’s doing is denying his opponents a large audience as they make their final arguments to Iowa voters,” said Eric Fehrnstrom, a Republican strategist who advised the party’s 2012 nominee, Mitt Romney.
While it might be tempting for Trump’s rivals to use the debate to criticize him aggressively, some Republican analysts are cautioning against a scorched-earth approach.
“It’s delicate for the candidates because you have to pull back from attacking a man who is not there,” said Ari Fleischer, who was White House press secretary for President George W. Bush. “It will be OK to make a passing reference or two, the fact that he’s not there. But if you try to beat him up, it won’t play well because he’s not there to defend himself.”
Campaigning on Wednesday in West Des Moines, Cruz mocked Trump for skipping the debate, calling him a “fragile soul.” He renewed his offer to Trump to debate him one-on-one. 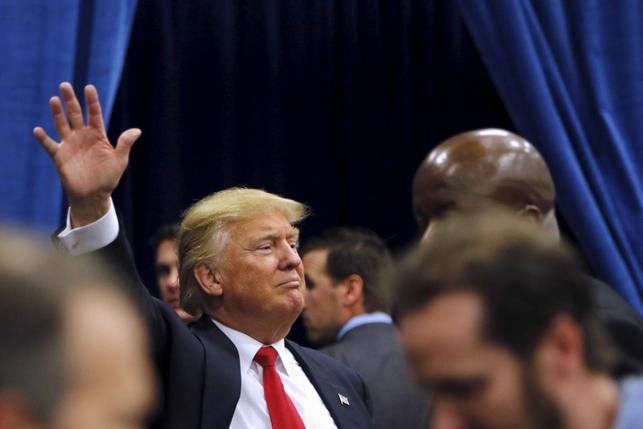 Spread of Zika virus may affect 4 million: WHO

Argentina and Mexico offices, Yahoo working towards to shut them down.