Share
Facebook Twitter LinkedIn StumbleUpon Tumblr Pinterest Reddit WhatsApp Telegram Share via Email Print
Share
President Vladimir Putin probably approved a Russian intelligence operation to murder ex-KBG agent Alexander Litvinenko with radioactive polonium-210, a British inquiry into the 2006 killing in London concluded.
Litvinenko, 43, an outspoken critic of Putin who fled Russia, died after drinking green tea laced with the rare radioactive isotope at London’s Millennium Hotel.
An inquiry led by British judge Robert Owen found that former KGB bodyguard Andrei Lugovoy and another Russian, Dmitry Kovtun, poisoned Litvinenko as part of an operation directed by Russia’s Federal Security Service (FSB), the main heir to the Soviet-era KGB.
“The FSB operation to kill Mr Litvinenko was probably approved by Mr Patrushev, then head of the FSB, and also by President Putin,” Owen said.
“I have concluded that there is a strong probability that when Mr Lugovoy poisoned Mr Litvinenko, he did so under the direction of the FSB. I have further concluded that Mr Kovtun was also acting under FSB direction,” he said.
The judge said he was sure Lugovoy and Kovtun had placed the polonium 210 in the teapot at the Millennium Hotel’s Pine Bar on November 1, 2006.
Traces of the highly radioactive substance were found at several sites across the city.
The Kremlin has always denied any involvement but the claim that Putin directly ordered a killing of an opponent with a radioactive isotope in a major Western capital provoked immediate censure from Moscow.
Richard Horwell, the lawyer acting for London police, told the inquiry the Russian state might have wanted Litvinenko dead for many reasons, including his defection to Britain, his accusations of Kremlin corruption, his sympathy for Chechen separatists and his claims about Putin’s lifestyle.
Russia’s Foreign Ministry said what it called Britain’s politicized, biased and opaque handling of the Litvinenko case had clouded relations.
The death of Litvinenko marked a post-Cold War low point in Anglo-Russian relations, and ties have never recovered, marred further by Russia’s annexation of Crimea and its support for Syrian President Bashar al-Assad.
It also raised serious domestic security concerns, Britain now being home to a large number of Russian dissidents opposed to Putin and to exiled “oligarchs”.
MURDER IN LONDON
The image of Litvinenko lying on his bed at London’s University College Hospital, gaunt and having lost his hair, was emblazoned across British and other Western newspapers and later shown to the inquiry. He took over three weeks to die.
Litvinenko told detectives he believed Putin had directly ordered his killing. The Kremlin dismissed that accusation at the time as absurd.
But Russia declined to take part in the six-month British inquiry, as did Lugovoy and Kovtun, the two Russian men who met with Litvinenko in London.
Both Lugovoy and Kovtun have previously denied involvement and Russia has refused to extradite them. Lugovoy was quoted by the Interfax news agency as saying the accusation was absurd.
Some of the inquiry was held in secret and evidence from the British government and spy agencies has not been publicly disclosed. Owen said this information had helped form his conclusions which were contained in his 326-page report.
Litvinenko’s widow, Marina, called for Russian spies to be kicked out of Britain and for sanctions against Russia.
“I’m calling immediately for exclusion from the UK of all Russian intelligence operatives whether from the FSB, who murdered Sasha, or from other Russian agencies based in the London embassy,” she said outside London’s Royal Courts of Justice.
“I’m also calling for the imposition of targeted economic sanctions and travel bans against named individuals, including Mr Patrushev and Mr Putin,” she said, adding that the British government had promised action. 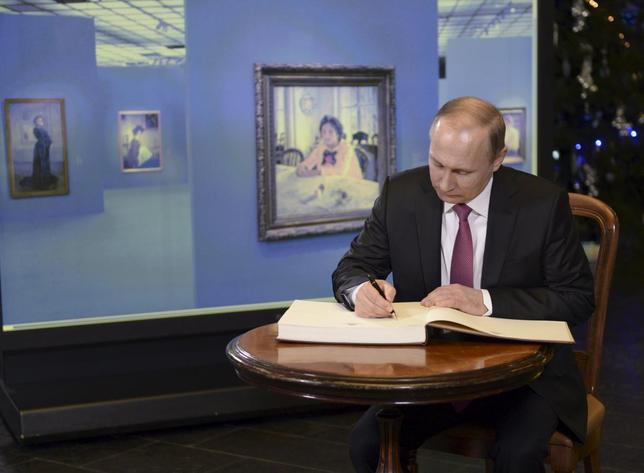