Share
Facebook Twitter LinkedIn StumbleUpon Tumblr Pinterest Reddit WhatsApp Telegram Share via Email Print
Share
Voters in Turkey head to the polls for a second time in five months Sunday, yet again risking political instability in a country the U.S. needs more than perhaps any other to back its tenuous coalition to defeat the Islamic State group.
The snap elections come in the wake of a June parliamentary contest in which President Recep Tayyip Erdogan’s Justice and Development Party (AKP) looked to build on its majority in order to pass sweeping new powers for his presidency. But the plan backfired, with AKP losing its outright majority and Erdogan unwilling to seat a coalition government. In addition, the party representing Turkey’s minority Kurdish population won 13 percent of the vote, surpassing a 10 percent threshold required to allow it to take seats in parliament for the first time.
“The inability of Turkey to form a ruling government, a ruling coalition means that it essentially runs the risk of being paralyzed politically and that is not good for anybody,” says Michael Reynolds, an associate professor of near Eastern studies at Princeton University.
The ultimate makeup of the legislature in Ankara after Sunday’s elections likely won’t affect Turkish relations with the U.S. However, Erdogan, whose tactics for holding power 13 years into his rein have become increasingly heavy handed, is focused on winning enough this time to earn a majority and a clear mandate to govern. Without it, Turkey has so far resisted fully committing to the U.S.-led war against the Islamic State group and the parallel civil war in Syria.
Fearful that its minority Kurdish population could be emboldened to seek independence, the NATO ally has instead focused its attention on the Kurdish Workers Party or PKK, an organization it and the U.S. deem a terrorist group. The PKK is at least loosely aligned with the other Kurdish fighters not considered terrorists which the U.S. backs across its southern border.
Kurds have proven to be one of the most effective fighting forces on the ground in Iraq and Syria, and the Turkish government – like others with significant populations of the ethnic group – is likely concerned its success in combat will morph into renewed hopes for a breakaway state.
Turkey agreed in August to allow the U.S.-led coalition to use its military bases to launch airstrikes. But the initial fanfare from the Pentagon over adding another ally to its coalition quickly died down following reports the Turks had directed their firepower at Kurdish forces, not the Islamic State group as the U.S. had planned. On Friday, the U.S. announced it would deploy ground commandos to Syria in support of the Kurds, forcing Ankara to examine how much more involved it can become amid its conflicting interests. 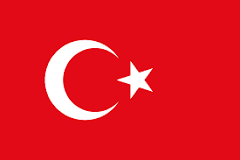