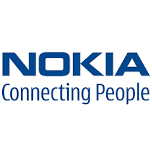 Nokia (NOK1V.HE), the world’s No. 3 network equipment maker, on Thursday announced it would pay special dividends after reporting stronger-than-expected profits, as growth in China offset weaker demand in North America and Europe.
The Finnish company, which earlier this month secured regulatory approval for its proposed 15.6 billion euro ($17.1 billion) takeover of French rival Alcatel-Lucent (ALUA.PA), also pushed forward its cost synergy target of 900 million euros by one year to 2018.
Nokia said it would distribute to shareholders about four billion euros in the coming years.
Third-quarter operating profit at the company’s network unit was 391 million euros, or 13.6 percent of sales.
That was roughly in line with 397 million euros a year earlier but significantly above analysts’ average forecast of a profit of 297 million euros and a margin of 10.2 percent, according to a Reuters poll.
Nokia last year sold its once-dominant phone business to Microsoft (MSFT.O), and in August, it agreed to divest its navigation business HERE to German car makers.