Share
Facebook Twitter LinkedIn StumbleUpon Tumblr Pinterest Reddit WhatsApp Telegram Share via Email Print
Share
Hurricane Patricia weakened further Saturday, hours after it roared into southwestern Mexico, sending thousands fleeing as it hit luxury resorts and impoverished villages with equal ferocity.
The strongest hurricane ever recorded struck land Friday evening as a Category 5 storm, the fiercest, with sustained winds of 165 mph.
By Saturday morning, it was a Category 2 — packing winds of 100 mph.
Despite the downgrade, Patricia remained “a strong hurricane,” the National Weather Service warned.
The hurricane barreled into an anxious nation, lashing the coast with whistling rain and winds, bending palm trees and turning debris into small projectiles.
As the night wore on, Mexican officials expressed cautious optimism as they waited for Saturday morning to get the full scale of the destruction.
“The first reports confirm that the damages have been minor to those corresponding to a hurricane of this magnitude,” President Enrique Peña Nieto said.
“Nonetheless, it is very important that the population stays in the shelters, the security forces will be patrolling to protect their homes. I repeat, we still can’t let our guard down.”
Patricia landed 55 miles west-northwest of Manzanillo, home to the largest container port on Mexico’s Pacific seaboard.
In Puerto Vallarta and Manzanillo, tourists and residents alike sought shelter. It struck land near Cuixmala, a 25,000-acre private estate of beach, jungle and nature reserves.
“I’m a little worried,” said Carlos Cisneros, an estate worker staffing the phones Friday night. “The rain is intense and the wind picks up at times for about five minutes, then subsides. It comes and goes.”
Cisneros said there were mandatory evacuations in nearby communities where landslides were possible, but he and others at the sprawling estate had to come to work.
“It’s not so bad right now,” Cisneros said. “I took a risk.” 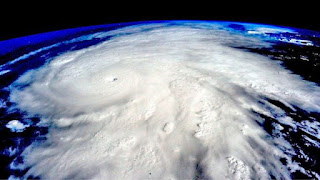 MICHAEL WHYTE SINGLE ALBUM IS ALIVE NOW GET YOURS NOW