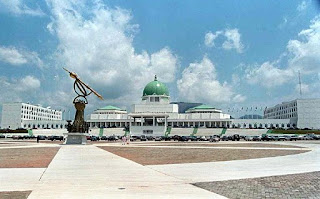 Following the refusal of former President, Dr. Goodluck Jonathan, to assent to the fourth constitution amendment bill before the expiration of his administration, the National Assembly would re-transmit the bill to President Muhammadu Buhari for assent.
The bill includes provisions for independent candidates to contest for political offices without the platform of political parties.
These details were disclosed by the Speaker of the House of Representatives, Hon. Yakubu Dogara, when he met with the. Chief Observer of the European Union Election Observation Mission (EUEOM) for the 2015 General Elections, Mr. Santiago Fisas, in Abuja last Wednesday.
According to a statement issued by his Special Adviser on Media, Mr. Turaki Hassan, the Speaker said the bill was alive in both chambers of the National Assembly.
“It is one of the casualties of the non-signing of the bill by the former president. I want to assure you that we will definitely revisit that amendment as it increases the democratic space and more citizen participation in the electoral process. I wish to inform you that some of the recommendations by the mission such as independent candidature has received the support of the National Assembly,” he said.
Dogara expressed Nigeria’s commitment to building and strengthening democracy, so that it does not only meet domestic aspirations, but is in line with international best practices.
Fisas, in his address, disclosed that the report contains 30 recommendations that would help the nation’s election processes.
He however noted that the recommendations were not an attempt to impose any practices on Nigeria, but are in line with local and international laws.
Meanwhile, the House has called for the redeployment of scanners with capacity for long range coded aperture to military checkpoints leading into Abuja and their deployments in all major cities in Nigeria to assist in efforts at ensuring security.It noted that a misunderstanding of the president’s directive by the Ministry of Defence led to a dismantling of military checkpoints, and removal of field scanning machines.
The move exposed Abuja to the recent attacks in Kuje and Nyanya, the House said.
The House also called for efforts to address the incessant clashes among herdsmen, farmers and their host communities.
It called on the Ministry of Agriculture to establish grazing reserves with modern infrastructure to bring cattle rearing in Nigeria to par with modern practices.

President Barack Obama extend the US military presence in Afghanistan