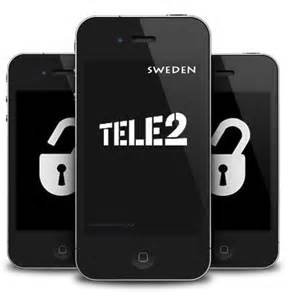 A fourth mobile operator will launch in Moscow this month in a bid to loosen the grip of Russia’s “big three” telecoms companies — MTS, VimpelCom and MegaFon — on the capital’s mobile market.
Critics say the big three’s long domination has suppressed competition and allowed them to overcharge. On Oct. 22, Tele2, a discount operator with a wide subscriber base in Russia’s regions, aims to jump-start that competition by aggressively undercutting its rivals.
If past practice is any guide, prices in the capital could fall by as much as 30 percent.
Moscow is Russia’s biggest and most lucrative mobile market: The city’s 12 million people earn on average twice as much as the standard Russian, and their combined spending on mobile services last year was more than 7 billion rubles ($115 million) per month, according to City Hall data.
But for years, the big three resisted any effort to allow competitors in. Each has a well-connected Russian billionaire backer: Alisher Usmanov for MegaFon, Vladimir Yevtushenkov at MTS, and Mikhail Fridman for VimpelCom, which operates the Beeline brand. Together they have lobbied to defend their positions in the capital. In most other parts of Russia, four or five companies compete for business.
Tele2 used to be easy to repel. The company, which entered the Russian market in 2003, was Swedish, and faced resistance from authorities reluctant to open the country’s telecom infrastructure to foreigners.
But in 2013, the Swedes sold, and Tele2 gained some powerful local backers — among them VTB, one of Russia’s largest state banks, Rostelecom, the state-owned landline operator, and Bank Rossiya, whose biggest shareholder is Yury Kovalchuk — a man who according to the U.S. State Department is President Vladimir Putin’s “personal banker.”
The barriers against Tele2’s entry to Moscow quickly evaporated. Rostelecom merged its mobile assets with the company’s. VTB supplied a 16 billion ruble ($260 million) credit line. And City Hall this summer signed an infrastructure development deal with Tele2.
A caveat is that Tele2 is still barred from the old GSM mobile network in Moscow, meaning that its 3G and 4G signal will cover 95 percent of the capital on Oct. 22 and only smartphone users can sign up — but the company says two-thirds of Muscovites have smart phones already, and the number is growing.
The big three are worried, said Denis Kuskov, director of Telecom Daily, an industry news and analysis platform.
A cozy lack of competition has allowed them to pack their tariffs with hidden charges and paid add-ons, he said. One frequent trick is to lure customers with special offers, which then expire, to be replaced by less generous rates.
Tele2 has fewer tariffs and costs less. On average, a minute of telephone conversation on Tele2 — which operates in more than 60 of Russia’s 83 regions and has some 35 million subscribers — costs 60 kopeks, about 25 percent less than rates offered by the big three. Tele2 has not said how much it will charge in Moscow.
Dissatisfaction with hidden charges, along with a desire to save money, could see Tele2 take 20 percent of the market in the capital within three years, Kuskov said.
To make that happen, the company has unfurled an advertising blitz on television, radio and the Internet, in cinemas and on billboards. It has promotional stands in malls and universities across Moscow and the surrounding region, and plans to hang huge banners from the skyscrapers of the Moscow-City business district and other points around the city.
Its motto is: “Hey, Moscow! Aren’t you sick of overpaying?”
Contacted for comment, MTS, Beeline and MegaFon all downplayed the impact of Tele2’s arrival, stressing the quality of their signal infrastructure and client loyalty. Only Beeline admitted that price competition would increase.
Working in Tele2’s favor is Russia’s recession. Real incomes have fallen sharply in recent months, prompting Russians to look for cheaper goods. Spending on mobile services fell by around 10 percent in the first half of this year compared to the same period in 2014, according to market researcher Synovate Comcon.
If Tele2 can seize a chunk of the Moscow market, it could force its larger competitors to respond by cutting their own prices. The company said it has done this before: Spokesman Konstantin Prokshin told The Moscow Times it had forced down average prices in some regions of the Far East by 30 percent.

US armed forces have been deployed to Cameroon announced by US President Barack Obama.