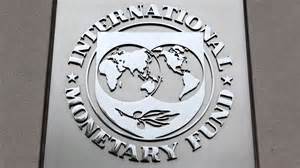 The International Monetary Fund (IMF) has forecast a four per cent growth rate for Nigeria’s Gross Domestic Product (GDP) in 2015, as the country continues to contend with the challenge of declining income from the drop in crude oil prices.
The latest growth forecast by the fund is 2.25 percentage points lower than its last year’s projection for Nigeria.
The multilateral donor agency stated this in its 208-page World Economic Outlook (WEO) titled, “Adjusting to Lower Commodity Prices”, released on Wednesday.
In the 2015 budget, the federal government had initially forecast a real GDP growth rate of 6.4 per cent in 2015 but was forced to slash it to 5.5 per cent owing to declining oil prices.
Oil accounts for the bulk of government revenue in Nigeria, but global crude prices have more than halved over the past one year.
Continuing, the IMF stated that it anticipated growth in sub-Saharan Africa to also slow this year to 3.8 per cent, from five per cent in 2014.
Similarly, it forecast that growth in low-income developing countries would also fall to 4.8 per cent this year, more than one percentage point weaker than in 2014, before picking up to 5.8 per cent in 2016.
But the IMF pointed out that its projections for the low-income countries would be shaped by the outlook for sub-Saharan economies, “in particular Nigeria; the resilient growth in low-income developing countries in Asia, particularly Bangladesh and Vietnam.”
“The slowdown in 2015 is primarily driven by the repercussions of declining commodity prices, particularly those for oil, as well as lower demand from China—the largest single trade partner of sub-Saharan Africa—and the tightening of global financial conditions for the region’s frontier market economies.
“Among the region’s oil importers—projected to grow at four per cent on average—a majority will continue to experience solid growth, especially low-income countries, where investment in infrastructure continues and private consumption remains strong.
“Countries such as Côte d’Ivoire, the Democratic Republic of the Congo, Ethiopia, Mozambique, and Tanzania are still expected to register growth of about seven per cent or above this year and next.
“But others, such as Sierra Leone and Zambia, are feeling the pinch from lower prices for their main export commodity, even as lower oil prices relieve their energy import bill,” the fund stated.
Nonetheless, the IMF projected that growth for the region would pick up in 2016 to 4.3 per cent, with the global recovery supporting a moderate pick-up in external demand, the modest recovery in oil prices benefiting oil exporters, and an improvement in the outlook for Ebola-affected countries.
“Global growth for 2015 is projected at 3.1 per cent, 0.3 percentage point lower than in 2014, and 0.2 percentage point below the forecasts in the July 2015 WEO Update. Prospects across the main countries and regions remain uneven.
“Relative to last year, the recovery in advanced economies is expected to pick up slightly, while activity in emerging markets and developing economies is projected to slow for the fifth year in a row, primarily reflecting weaker prospects for some large emerging market economies and oil-exporting countries.
“In an environment of declining commodity prices, reduced capital flows to emerging markets and pressure on their currencies, and increasing financial market volatility, downside risks to the outlook have risen particularly for emerging market and developing economies.
“Global growth remains moderate—and once again more so than predicted a few months earlier. Although country-specific shocks and developments play a role, the persistently modest pace of recovery in advanced economies and the fifth consecutive year of growth declines in emerging markets suggest that medium-term and long-term common forces are also importantly at play,” it added.