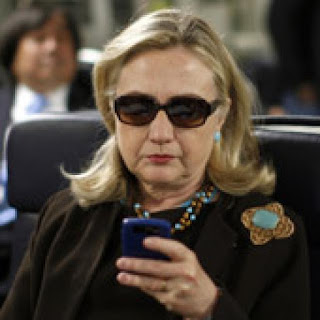 Presidential candidate Hillary Clinton dropped in at the late night comedy show “Saturday Night Live” on Saturday, appearing in a sketch as a bartender alongside comedian Kate McKinnon, who played the former United States senator and secretary of state.
Clinton, playing Val, served McKinnon-as-Clinton and sparred with the gay comic about Clinton’s record on supporting gay marriage. The Democratic presidential candidate also took shots at Republican contender Donald Trump, deepening her voice in imitation of one of his pointed pronouncements.
McKinnon also told bartender Clinton she was “really easy to talk to,” to which “Val” replied “That’s the first time I’ve ever heard that,” taking a shot at her frosty reputation.
The pair was joined by cast member Darrell Hammond, the show’s current interpreter of former President Bill Clinton, who entered the bar and exclaimed “They’re multiplying!” upon seeing Hillary Clinton and the comic playing her.
Hillary Clinton returned later in the broadcast, the premiere of the long-running show’s new season, to introduce musical guest Miley Cyrus.
Clinton’s appearance recalled the visit Sarah Palin paid to the sketch show during her 2008 vice presidential campaign, when she ran as John McCain’s running mate. During that show, Palin appeared alongside Tiny Fey, whose uncanny Palin portrayal became a pop culture touchstone.
Clinton also visited the show during 2008, when she ran unsuccessfully for the Democratic presidential nomination which was won by Barack Obama. She appeared then with cast member Amy Poehler, who was then regularly portraying Clinton. 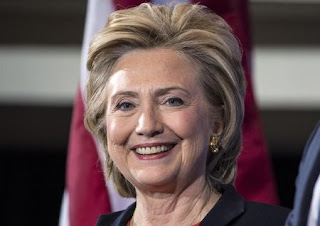