Share
Facebook Twitter LinkedIn StumbleUpon Tumblr Pinterest Reddit WhatsApp Telegram Share via Email Print
Share
U.S. President Barack Obama nominated Eric Fanning to become the next secretary of the Army, the White House said on Friday, paving the way for the first openly gay leader of a military service branch in U.S. history.
Fanning is currently serving as acting Army undersecretary, and previously worked as Air Force undersecretary and chief of staff to U.S. Defense Secretary Ash Carter. His nomination to the post must still be confirmed by the U.S. Senate.
“Eric brings many years of proven experience and exceptional leadership to this new role,” Obama said in a statement. “I am confident he will help lead America’s soldiers with distinction.”
Carter called Fanning’s nomination “an excellent choice” by Obama and said he hoped for a quick Senate confirmation.
“Eric served as my first chief of staff at the Pentagon, and it has been a privilege over the course of my career to work alongside him and watch him develop into one of our country’s most knowledgeable, dedicated, and experienced public servants,” Carter said in a statement.
Advocacy groups said the nomination of an openly gay man to lead a U.S. service branch was a significant sign of progress in protecting the rights of lesbian, gay, bisexual, and transgender (LGBT) individuals serving in the world’s most powerful military.
The Pentagon updated its equal opportunity policy in June 2015 to bar discrimination based on sexual orientation, a change in policy which Carter announced at a gay and lesbian pride celebration.
That change brought the Pentagon’s rules into conformity with the 2011 decision to end the military’s “Don’t Ask, Don’t Tell” policy, which allowed gays and lesbians to serve in the military only if they did not openly acknowledge their sexual orientation.
“The Department of Defense has been in a lot of ways a leader in LGBT rights, both in the Obama administration and in government in general,” said Matt Thorn, interim executive director of OutServe-SLDN, an advocacy group for LGBT military personnel.
But LGBT individuals face lingering inequalities within the military, Thorn said. Same-sex spouses cannot accompany servicemembers for deployments to many overseas bases, such as those in Gulf countries, Thorn said.
The LGBT community is also awaiting the results of a study on the implications of lifting a ban on transgender individuals serving openly in the military, the results of which are expected towards the end of this year, Thorn said. 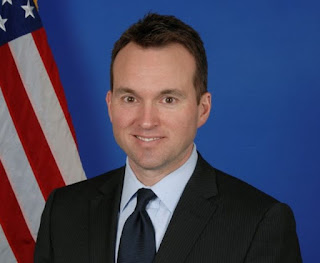