A rapid roll-out of fiber optic broadband in upmarket South African neighborhoods has caught the attention of Internet video streaming companies who are racing to capture a slice of a lucrative, untapped market.
South Africa is the continent’s most developed economy and has a burgeoning middle-class but so far satellite television operators dominate the home-viewing market.
Five South African video-on-demand (VOD) services have launched over the last 12 months and when Netflix announced global expansion plans in January it raised speculation that the U.S. streaming giant would soon be coming to South Africa.
Africa’s largest mobile operator, MTN, last week said it would waive data charges for subscribers accessing its VOD offering FrontRow.
“We know connectivity is coming to South Africa,” said Richard Boorman, spokesman for the Napsers-owned VOD service Showmax, launched in August.
“The thinking from our end is to make sure we are investing now to take advantage of this boom in connectivity.”
An estimated one million South African households have the bandwidth speed to stream videos but this number is expected to swell in coming years as fiber optic Internet providers race to roll-out new services.
National fixed-line operator Telkom aims to bring fiber to 1 million households by 2016, while start-up telecoms companies such as Vumatel have signed deals with affluent suburbs to supply “fiberhoods” with high speed internet.
Installing fiber costs a little more than a fixed line connection, but once that cost is covered it delivers data speeds of up to 20 megabits per second, ten times faster than fixed-line copper connections.
“There’s an almighty gold rush to try and put in fiber and that’s bringing in these streaming services,” said Dion Chang, analyst and director of Flux Trends, a technology consultancy.
Faster Internet speeds globally are expected to increase VOD subscribers to 200 million by 2020 from around 83 million last year, according to statistics portal Statista. 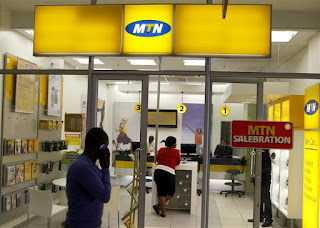 Pakistan air force base in Peshawar attacked by Gunmen