Share
Facebook Twitter LinkedIn StumbleUpon Tumblr Pinterest Reddit WhatsApp Telegram Share via Email Print
Share
An armed gang, numbering about seven, stormed Nwosu’s Ago Palace Way, Okota home, entering the house through a window.
They took advantage of the absence of electricity supply, the transformer stationed in front of the building before scaling the fence.
They were said to have broken the bulb at the corridor, entered the house and turned off the lights. They  headed straight to the rooms.
The armed men bundled Nwosu’s kids who were sleeping in the parlour and locked them inside a toilet ransacked the house for money and other valuables, after which they ordered his wife to dress up. They whisked her away in a speedboat through the canal opposite the house.
It was learnt that the criminals blindfolded Nwosu and wanted to abduct him but changed their minds and told his wife to dress up. They took her instead.
The gang also attacked another house on the street. The owner, who was said to have jumped into the next compound upon sighting them was injured.
The residents are vulnerable to attacks because of the porous canal that serves as boundary between Amuwo Odofin and Okota.
Nwosu told The Nation that the armed men entered his house around 1:50am.
“They did not knock. They opened the window, pushed down the burglary proof and two people came and pointed a gun at me.
The third one stood on the other side.
“My wife had jumped out ahead of me but then, they bypassed her and pointed the gun at me, demanding money.
“They searched everywhere and I told them that I am a journalist and wondered how much they think a journalist has.
“But I guess they did not believe me and were still demanding ‘where is the money’.
“Sincerely, there was really no money. The last N20, 000 I had at the weekend, I had gone to a wedding on Saturday, and feeling like a big boy, I had sprayed the money there.
“My wife and I were even arguing that there was no money at home and I told her to be patient, that on Monday we would see what we could scavenge from the account.
“Everybody understands the economy of today, but somehow, the men did not seem to believe me.
“Initially, they blindfolded me and wanted to take me with them. Although I was blindfolded, I know they brought me outside the house.
“But they suddenly changed their mind and took me back, demanded that I laid on the floor and then I heard them telling my wife ‘dress up, dress up’.
“She had just her nightie on when they came. So, I don’t even know what she eventually wore when they left.
“The next thing I heard was Ole! Ole! (thief! Thief!) outside, which I knew nothing about. Later I started hearing gunshots and by the time I stood up, some neighbours had come and said there were some others (gunmen) outside, who joined the three that entered my compound and that one was carrying AK47 while the other one had a pistol.
“That the other one also was carrying a gun and that they shot to disperse the neighbours who had gathered, before they entered their motorboat and left.
“God knows if I had money I would have given them. Robbers have been here once, last December. Luckily, it happened a few hours after my wife’s birthday. So, all the little gifts people gave her were still in the house and so, then, the robbers saw money.
“So, if I had I would have given them but there was nothing,” he said.
Asked if the robbers had contacted him, Nwosu replied that they were making “all kinds of demands, both monetary and otherwise.”
He said: “They have made their demands. All kinds of demands. Not only monetary. I won’t go into details of what they are demanding.
“I did not take the case to the police, I guess they heard the gunshots and came. They asked me and I gave them my statement that’s the much I know.
“As I am standing, I have not done an inventory but I know they took two phones with a small one that my little girl uses.
“I set it as alarm to wake her up because they resumed school today. My kids were sleeping in the parlour when the armed men came.
“They don’t like sleeping in their room most times, so, they were in the parlour and the men just rounded all of them into one toilet and locked them there.
“So, at the moment, I know they took the phones and two IPADs, some perfumes, hot drinks. I don’t know what else they took because they turned the entire place upside down, everything in my wardrobe was placed on the bed and my mattress turned over.”
Police Commissioner  Fatai Owoseni, said efforts were on to secure Mrs. Nwosu’s release.
He said the police were going to collaborate with local vigilante groups to secure the waterways.
Owoseni, who said the incident was painful to him because Nwosu is his personal friend, ruled out a possible attack on the journalist.
He said that three other buildings were attacked same night, describing the incident as a case of armed robbery.
“Looking at how wide the sea is, it takes a whole lot to patrol the waterways but what we do now is to partner with members of the community like forming joint patrol teams with their vigilante groups,” he said.
At Nwosu’s home was the Managing Director of The Sun, Eric Osagie, who urged the kidnappers to release the woman unharmed.
With him were the newspaper’s editorial board chairman, Mrs. Wale Sokunbi; its General Manager, Operations, Daramola Lajumoke and Editor on Sunday, Abdulfatah Oladeinde. 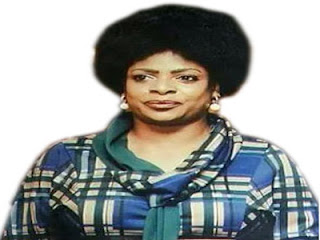