Share
Facebook Twitter LinkedIn StumbleUpon Tumblr Pinterest Reddit WhatsApp Telegram Share via Email Print
Share
A skillful combination of suspense and humor in the story of an abandoned astronaut fighting to survive on Mars is what lured actor Matt Damon and “Alien” director Ridley Scott back into space for “The Martian”, the two men said on Saturday.
The movie, which is winning strong early reviews, had its world premiere on Friday at the Toronto international Film Festival.
Based on a novel by Andy Weir, it tells the story of Mark Watney, a botanist who is left behind and presumed dead after an expedition to the red planet is forced to evacuate early because of a storm.
Like a space age Robinson Crusoe, he is forced to improvise to survive, while using a wry sense of humor to offset the bleakness of his prospects.
“The story is really exciting, the nuts and bolts survival story is just great. But it’s really funny also. So it’s got a lightness to it,” Damon, who recently appeared in “Interstellar” said in an interview.
“I read it really fast. I couldn’t put it down. I wanted to know what was going to happen. But at the same time I was laughing through the entire thing.”
Scott, who also directed the science fiction classic “Blade Runner”, said he was drawn to the project after an initial read of the screenplay by Drew Goddard.
“When you’ve got a good writer like Drew you know within a page and a half whose hands you’re in.”
But Scott said “The Martian” is a departure from his other space films because it is based on scientific fact. To try to ensure accuracy, the production consulted with NASA and had actual astronauts meet with the cast.
Scott said Stanley Kubrick’s “2001: A Space Odyssey”, a film that heavily influenced his early work, also helped inspire some of the look of the “The Martian”.
Early reviews have been kind, with Variety calling it “an enthralling and rigorously realistic” story that could “conceivably rekindle interest in the space program and inspire a new generation of future astronauts.”
Damon said that if there is a message to the movie, it is about the sanctity of each life and how people can work together to preserve it.
“The world doesn’t give up on him and it becomes a priority for everybody to go help. And by extension what does that mean about all of our lives?” he said. 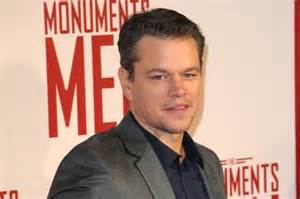 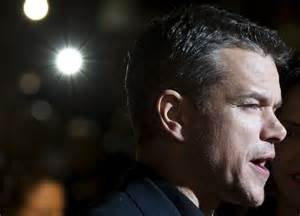