Share
Facebook Twitter LinkedIn StumbleUpon Tumblr Pinterest Reddit WhatsApp Telegram Share via Email Print
Share
Lexi Thompson made the most of a storming start to the Evian Championship on Thursday as the American sprinted into a tie for the lead with South Korean Lee Mi-hyang on five-under-par 66 in Haute Savoie, France.
Thompson, who finished second in the 2010 edition as a 15-year-old amateur and also came third in 2013, began her first round on the back nine and picked up five shots in four holes from the 12th that included an eagle three at the 13th.
“I had a good stretch on my first nine and made a few birdies and an eagle so it helped out with the scorecard,” she told reporters at the final women’s major of the year. “Overall it was a very exciting ride.”
Thompson, who won her first major by capturing the 2014 Kraft Nabisco title, will be making her second appearance in the Solheim Cup next week when the United States take on holders Europe at the St Leon-Rot Club in Germany.
Lee, winner of the 2014 New Zealand Open, collected seven birdies and two bogeys at the Evian Resort Golf Course.
Sharing third place on 67 were South Korean Ji Eun-hee, Pornanong Phatlum of Thailand and American Gerina Piller.
Dane Nicole Broch Larsen, who won last week’s Helsingborg Open in Sweden, was among a group of players on 68.
Broch Larsen, playing in the event for the first time, began her second major with a birdie at the second and went on to reach the turn at three under after rolling in a 35-foot eagle putt at the long ninth.
The Dane then offset a dropped stroke at the 10th with a birdie at the short 16th.
“I played very good today, very solid, and when I missed the green I made some great up and downs,” said Broch Larsen.
“I missed a few short putts for birdies but minus three is a nice start.” 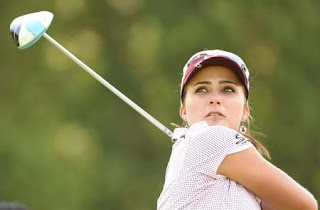