Share
Facebook Twitter LinkedIn StumbleUpon Tumblr Pinterest Reddit WhatsApp Telegram Share via Email Print
Share
Shares rose in Europe and Asia on Tuesday after trade data from China and Germany highlighted the divergent outlooks of the two heavyweight economies.
China said its imports fell far more than expected last month, adding to concerns about the world’s second-biggest economy’s contribution to global growth.
However, Chinese stocks, which have fallen some 40 percent since mid-June, rose as some analysts calculated the data, which showed exports on the other hand fell less than expected, could lead to further policy easing in the coming months.
By contrast, Germany saw imports and exports hit record highs in value terms in July, underlining strong foreign demand for goods from Europe’s largest economy.
“The German data is offering some relief that the European recovery remains on track and German exports are not impacted too much by the emerging market turmoil,” Philippe Gijsels, head of research at BNP Paribas Fortis Global Markets, said.
Worries over the Chinese growth outlook have led some analysts to question whether a widely expected rise in U.S. interest rates might be delayed, though some policymakers have suggested they would look beyond the recent market turmoil.
The pan-European FTSEurofirst 300 index <.FTEU3> rose 2.1 percent, gathering strength as the day progressed, with Germany’s DAX index <.GDAXI> advancing by a similar amount.
Britain’s FTSE 100 index <.FTSE> was up 1.7 percent.
Wall Street, which was closed on Monday for a holiday, was expected to open up to 2 percent higher, according to stock index futures .
OIL RISES
Earlier, Asian shares broke a six-day losing streak. MSCI’s broadest index of Asia-Pacific shares outside Japan <.MIAPJ0000PUS> was up 2 percent.
China’s Shanghai Composite index <.SSEC> closed 2.9 percent higher, albeit in the lowest volume since late February after the government unveiled on Monday a series of measures intended to curb speculation. The CSI 300 index <.CSI300> rose 2.6 percent.
Japanese stocks fell, partly reflecting the data from China, one of its main trading partners. The Nikkei 225 index <.N225> closed down 2.4 percent, taking it into negative territory for the year.
The dollar strengthened against the safe-haven Japanese yen , last trading up 0.7 percent at 120.09 yen and the euro held steady at $1.1160.
The dollar index <.DXY>, which measures the greenback against a basket of currencies, fell 0.1 percent.
Yields on 10-year German government bonds , the euro zone benchmark, were flat at 0.68 percent.
Oil prices rose after falling 3 percent on Monday, on concerns about the economic outlook and as cooperation between crude producers to curb oversupply looked unlikely.
Brent crude was 80 cents a barrel higher at $48.83 but well below levels above $54 hit at the end of August.
Copper prices rose 2 percent to $5,256 a tonne as the Chinese data showed imports of the metal held steady.
Gold held steady at around $1,119 an ounce after a four-day losing streak as the dollar eased. 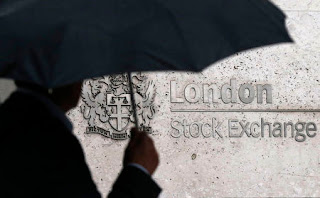 Close to 8,000 was killed in east Ukraine says UN