Share
Facebook Twitter LinkedIn StumbleUpon Tumblr Pinterest Reddit WhatsApp Telegram Share via Email Print
Share
“Hand of God,” a series starring a corrupt vigilante judge and exploring religious fanaticism, is Amazon Inc’s latest bid to entice audiences to its original video programming.
All 10 episodes of the series made their debut on Friday for Amazon Prime subscribers.
In the opening episode, Judge Pernell Harris (Ron Perlman) appears in a public fountain, naked and speaking in tongues, after his adult son tries to commit suicide and is hospitalized.
The incident is quickly swept under the rug, but the judge soon starts hallucinating and receives guidance from a mysterious young con-man priest in a quest for justice that turns Harris into an enraged vigilante.
The series was conceived as an exploration of zealotry, said show creator Ben Watkins, and evolved into a study of religious extremism in the context of a born-again Christian cult group that helps the judge.
“There was a part of me that really wanted to explore something I’m calling the ‘cult of ambivalence’ that I feel now permeates America,” Watkins said in an interview.
Perlman, who just finished a hugely popular run on FX biker drama “Sons of Anarchy,” was not the man Watkins originally had in mind to play Pernell Harris.
“I didn’t want this to be a character who was already physically imposing and already used to doing his own dirty work,” Watkins said.
“That hesitation was immediately put to rest when Ron came in and met with us, and one of the first things that he said was that the role scared him.”
“Hand of God” is one of a series of new programs being released on Amazon Prime for customers who pay $99 a year, usually for free shipping perks but also for access to Amazon Studios content.
Amazon’s transgender series “Transparent” is a front-runner in the Emmy Award comedy category later this month.
Watkins, who previously wrote and produced for basic cable show “Burn Notice,” said moving to Amazon allowed him to push boundaries, whether with language used (in one episode, the N-word is used 16 times) or in explicit scenes of sex and violence.
“I’ve made a very conscious decision to make this a very complicated dialogue when it comes to religion,” Watkins said.
“I’m not here to answer whether religion is good or bad. … We want people to draw their own conclusions because hopefully it’ll tell them a lot about themselves.” 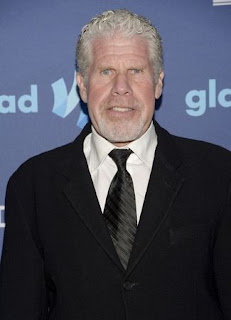