Share
Facebook Twitter LinkedIn StumbleUpon Tumblr Pinterest Reddit WhatsApp Telegram Share via Email Print
Share
The European Commission will broadly stick to its previous economic growth forecast for this year for the 28-nation bloc when it releases its new predictions in early November, Economic Affairs Commissioner Pierre Moscovici said on Friday.
The Commission, the executive arm of the European Union, forecast in May that the EU’s economy would expand 1.8 percent this year after 1.4 percent growth in 2014.
For the narrower euro zone of 19 countries, the Commission forecast growth of 1.5 percent in 2015 after a 0.9 percent expansion last year.
“At this stage we consider the outlook for this year, 2015, at least to be broadly in line with our expectations in the spring, because we see the economic recovery in Europe gradually gathering speed,” Moscovici told reporters.
“I believe that now we see in Europe the benefits of fiscal consolidation and the fruit of structural reforms. Our economies are becoming more efficient and competitive,” he said, quoting the latest figures on rising confidence and falling unemployment.
“All this makes me quite confident that the economic recovery in Europe is quite solid, although it should speed up,” he said.
The European Central Bank cut on Thursday its forecast for economic growth in euro zone to 1.4 percent this year from its previous 1.5 percent projection. 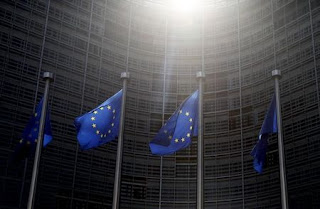