Share
Facebook Twitter LinkedIn StumbleUpon Tumblr Pinterest Reddit WhatsApp Telegram Share via Email Print
Share
Canadian economic activity shrank again in the second quarter, putting the country in recession for the first time since the financial crisis with the cheaper price of oil taking a toll as business investment fell and inventory accumulation slowed, data from Statistics Canada showed on Tuesday.
Gross domestic product contracted at an annualized 0.5 percent rate in the second quarter. While that was better than economists’ forecast for a decline at a 1 percent rate, revisions showed the first quarter’s contraction was 0.8 percent, steeper than first reported.
Two consecutive quarters of contraction are typically considered the basic definition of a recession and the Bank of Canada has cut interest rates twice this year to try to revive the economy. The last time Canada was in recession was in 2008-09 following the global credit crisis.
Still, economic activity in June grew by a better-than-expected 0.5 percent, the first monthly increase in six months and a sign that growth may have started to recover at the end of the second quarter. That bodes well for expectations that the recession will be short lived, with the economy growing again in the third quarter.
In the second quarter, business investment sank by an annualized 7.9 percent as spending on non-residential structures, machinery and equipment fell. Inventory accumulation slowed by C$4.91 billion ($3.74 billion).
By industry, activity in the goods-producing industries declined 2 percent on a quarterly basis, including a 4.5 percent drop in the mining, quarrying and oil and gas extraction component. 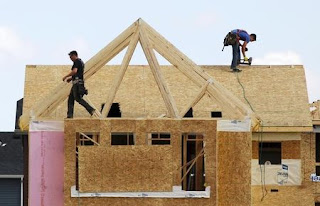