Share
Facebook Twitter LinkedIn StumbleUpon Tumblr Pinterest Reddit WhatsApp Telegram Share via Email Print
Share
The Nigerian National Petroleum Corporation (NNPC) wednesday confirmed the cancellation of the Offshore Processing Agreements (OPAs) between the corporation and Sahara Energy Resources (Nig.) Ltd. founded by the trio of Mr. Tope Sonubi, Mr. Tonye Cole and Mr. Ade Odunsi; Aiteo Energy Resources Limited founded by Mr. Benedict Peters; and Duke Oil Company Inc., a subsidiary of NNPC.
It also announced the cancellation of the contract for the delivery of crude oil to the Port Harcourt, Warri and Kaduna refineries awarded to Ocean Marine Tankers (OMT) Limited, a company founded by the Skye Bank Chairman, Mr. Tunde Ayeni, Edo State business mogul, Capt. Hosa Okunbor, and others.
NNPC explained in a statement signed by its spokesman Ohi Alegbe that the decision to cancel the crude delivery contract with Ocean Marine to the refineries was aimed at reducing cost and strengthening operational efficiency across the corporation’s value chain.
The NNPC stated that after proper evaluation and in line with the terms of the contract for the delivery of crude oil to the nation’s refineries in Warri, Port Harcourt and Kaduna, the corporation has cancelled the current contract due to its exorbitant cost and inappropriate process of engagement.
The corporation noted that as a stop-gap measure, NIDAS Marine Limited, a subsidiary of the NNPC has been engaged to provide crude delivery service on negotiated industry standard rate pending the establishment of a substantive contract.
“We have also commenced a rigorous and transparent process of securing capable and competitive contractors for the delivery of crude oil by marine vessels to Port Harcourt and Warri/Kaduna refineries, pending the restoration of the crude pipeline infrastructure,” the corporation stated.
The NNPC explained that it resorted to the delivery of crude oil to the refineries by marine vessels following incessant attacks on the Bonny-Port Harcourt refinery pipeline and the Escravos crude pipelines by vandals and oil thieves resulting in the complete unavailability of the pipelines in 2013.
NNPC renewed its contract with OMT Limited last year for the delivery of crude to its refineries.
In addition to operating a very large crude carrier (VLCC) with the capacity to convey two million barrels of crude oil, the company owns two transshipment vessels – MT Abiola and MT Igbinosa – named after the wives of the founders, which transships the crude oil from the VLCC to the depots at the Warri and Port Harcourt refineries. Ironically, crude oil is then piped through the Escravos pipeline (System 2) to the Kaduna refinery.
Early this year, the contract was disrupted when NNPC engaged traders for the OPAs. The contract was restarted in July when the refineries resumed production.
However, concerns have been raised that conveying crude oil using marine vessels is a much costlier alternative to the movement of crude to the refineries through NNPC’s pipeline network.
Industry observers have advised that NNPC should repair its pipelines, involve the communities in securing the network and reinforce it with an automated system against vandalism as a cost-effective means of getting crude oil to the refineries.The corporation also announced the termination of the OPAs entered into in January 2015 with Duke Oil, Aiteo Energy and Sahara Energy.
Under the agreement, NNPC allocated a total of 210,000 barrels of crude oil per day for refining at offshore locations in exchange for petroleum products at pre-agreed yield pattern.
“However after detailed appraisal of the operation and its terms of agreement, the NNPC is convinced that the current OPAs are skewed in favour of the companies such that the value of products delivered is significantly lower than the equivalent crude oil allocated for the programme,” NNPC said.
NNPC’s statement confirmed allegations that the value of the products delivered were not commensurate with the crude oil lifted by the traders.
The NNPC also observed that the structure of the agreement does not guarantee unimpeded supply of petroleum products, as delivery terms were not optimal.
To address these lapses, NNPC said that it had commenced the process of establishing alternative OPAs based on optimum yield pattern with tender processing fees.
“After due appraisal of performance trajectory, we have invited Messrs. Oando, Sahara Energy, Calson, MRS, Duke Oil, BP/Nigermed and Total Trading to bid for the new Offshore Processing Agreements while we have engaged Aiteo, Sahara Energy and Duke Oil to exit the current OPAs,” it stated.
On the status of the crude-for-product exchange agreements (oil swaps) reportedly entered into by NNPC and some oil traders, the corporation disclosed that the last swap arrangements lapsed in December, 2014 and were never renewed.
NNPC added that it had obtained the permission of President Muhammadu Buhari to kick-start the tendering process for the 2015/2016 crude oil term contracts for the evacuation of Nigeria’s crude oil equity from the various crude and condensate production arrangements.
The corporation noted that the process which would commence with the advertisement of the crude oil term contracts in both national and international print media for a period of one month has been carefully structured to weed out “briefcase companies” and rent seekers. 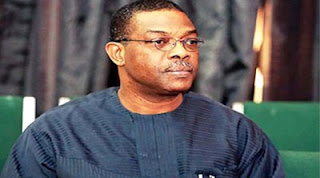