Share
Facebook Twitter LinkedIn StumbleUpon Tumblr Pinterest Reddit WhatsApp Telegram Share via Email Print
Share
Malaysia will block websites attempting to spread information about a two-day rally due to be staged in three cities this weekend by a pro-democracy group demanding Prime Minister Najib Razak’s resignation.
The Malaysian Communications and Multimedia Commission (MCMC) said in a post on its official Facebook page on Thursday that it would block websites that “promote, spread information and encourage people to participate” in the protest organized by the civil society group Bersih.
It said this followed a statement earlier in the week by the home ministry that Bersih was spreading anti-government propaganda which had damaged the country’s image and was a threat to its safety and economic stability.
Najib has been embroiled in a political storm amid allegations of graft and financial mismanagement at debt-laden state fund 1Malaysia Development Bhd (1MDB), whose advisory board he chairs.
The government has suspended two newspapers and a website reporting on 1MDB and earlier this month said it was seeking help from social media and Internet companies to “curb” content for public safety.
The Kuala Lumpur authorities rejected Bersih’s application for a permit to hold its rally in the city, setting the stage for a possible showdown with security forces when protesters gather on Saturday at five venues and try to converge.
Police used water cannon and tear gas to disperse protesters at Bersih’s last big rally in 2012.
Bersih plans to hold the demonstration from Saturday afternoon until the end of the evening on Sunday, the eve of Malaysia’s independence day, in Kuala Lumpur and in the two Borneo cities of Kota Kinabalu and Kuching.
Eurasia Group consultancy said in a report on Wednesday that thousands were expected to join the rallies, during which flurries of violence and mass arrests were likely because of the high level of security and the presence of some pro-government protesters.
However, it said that the movement would not topple the government and was unlikely to inspire broad public support because it lacked credible leadership.
In the past three Bersih rallies, the public were drawn by the charisma of opposition leader Anwar Ibrahim, who was jailed on sodomy charges earlier this year.
“The upcoming rally will have no inspiring leader who can connect with the Malay masses, with rebel icon Anwar Ibrahim now imprisoned and his People’s Justice Party struggling to find a new leader who can unite different factions,” Eurasia said. 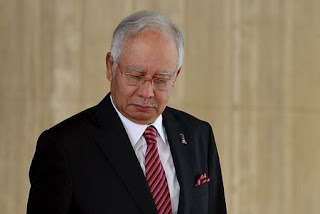