Share
Facebook Twitter LinkedIn StumbleUpon Tumblr Pinterest Reddit WhatsApp Telegram Share via Email Print
Share
The Nigerian ‘rebel radio’, known as Radio Biafra has resumed transmission despite claims by the government that its signals have been jammed.The controversial pirate channel began broadcasting pro-Biafra Programme this weekend after it was taken off air by the National Broadcasting Commission’s (NBC) radio jamming signal.
In a broadcast heard during the past week, Radio Biafra said the NBC had lied and that the station has not been silenced in what it called Biafral and where its signals are still reaching.
The Cable, a Nigerian online news portal, said it had investigated the claims and confirmed that Radio Biafra was still broadcasting contrary to reports by the NBC that it has been jammed and taken off the air.
It said the radio which came on air several months ago, was heard broadcasting on Tuesday, touching on mainly divisive issues among them the creation of a sovereign Biafra Republic.
Nigeria fought a bitter civil war in the late 1960s when separatists led by Odemegwu Ojukwu unsuccessfully attempted the breakaway of the east of the country. 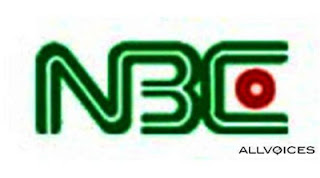