Share
Facebook Twitter LinkedIn StumbleUpon Tumblr Pinterest Reddit WhatsApp Telegram Share via Email Print
Share
The hugely successful boy band One Direction will take a year-long break next year so that members can pursue separate interests, a report in a British newspaper said on Monday.
The break will come after the band, reduced to four members following the departure of Zayn Malik earlier this year, release their fifth album in March, the report in the Sun said.
“The guys have been together for five years, which is an incredible run for any boyband,” a source told The Sun.
“They fully deserve to have at least a year to work on their own projects. There is absolutely no bad blood between them and they are all 100 percent behind the decision.”
The band’s publicists did not immediately issue any comment and there was no confirmation on the band’s Twitter feed.
The group’s last scheduled stadium concert will be in Sheffield, England on Oct 31. They will promote their new album in February, after a Christmas break, the Sun said.
The band soared to international prominence after finishing third on the British version of “the X Factor” in 2010. 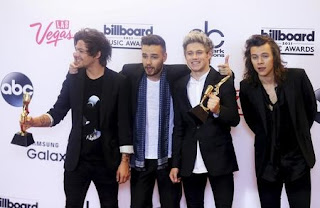