Share
Facebook Twitter LinkedIn StumbleUpon Tumblr Pinterest Reddit WhatsApp Telegram Share via Email Print
Share
The Comptroller-General of the Nigerian Immigration Service (NIS), Mr. David Parradang,was suspended   from work yesterday over   alleged  recruitment of  1,000 immigration officers by the organization in violation of due process, The Nation can reveal.
Parradeng was sent home by the federal government  which  also directed the most senior Deputy Comptroller-General of Immigration, Mr. Martin Kure Abeshi, to take over in an acting capacity.
The  Director of Press, Ministry of Interior, Yusuf Isiaka Alhaji, confirmed the suspension  via a terse statement.
He said: “The Comptroller-General of the Nigerian Immigration Service, Mr. David Parradang, has been suspended from office with immediate effect.
“Meanwhile, the Deputy Comptroller-General of Immigration Service, Mr. Martin Kure Abeshi, who is the most senior officer, has been directed to take over the affairs of the office.”
However,investigation revealed that the suspension was in connection with alleged  “grave error” committed by the NIS in recruiting 1,000 officers.
A source familiar with the development said  the affected officers  were hired through  a  committee instead of allowing the Customs and Immigration Board to do so.
Said the presidency source: “The officers were recruited after President Muhammadu Buhari’s administration took over. When the Permanent Secretary of the Ministry of Interior drew his attention to the violation of due process, he claimed that there was an approval he got from ex-President Goodluck Jonathan.
“He also insisted that ex-President directed him to use a committee to conduct the recruitment instead of the Customs and Immigration Board. He completely sidelined the board.
“And when the Permanent Secretary of the Interior Ministry asked him to withdraw the recruitment, he ignored the directive. He said he would  not reverse ex-President Jonathan’s instruction.
“The Permanent Secretary officially reported the suspended CG to President Muhammadu Buhari.
“Instead of acting unilaterally, the President insisted on due process. He said the suspended CG should be queried. Upon rendering an unsatisfactory answer, Parradang was suspended.”
This is the  second  recruitment  scandal  under the administration of Parradang at the NIS.
The first was the March  2014 death of  20  job applicants at NIS recruitment centres across the country.
Over 700,000 people applied for advertised vacancies in the organization after paying N1000 each.
However, pandemonium broke out at the recruitment centres  leaving  the 20 trampled upon.
Neither Parradang nor the then Minister of Interior, Mr.Abba Moro, was sanctioned by the  Jonathan administration over the incident.
Besides, the NIS is at the centre of the controversy surrounding the issuance of a Nigerian visa to  the Chief Imam of Islamic State of Iraq and Syria (ISIS), Ahmed  Al-Assir, by  the Immigration Desk at the nation’s Embassy in Beirut, Lebanon .
The federal government is said to be utterly embarrassed by the security breach.
It was learnt that the said visa was issued in a fake Palestinian passport which ought to be detected by the Immigration Service.
A top source said: “An interim report submitted by the Nigerian Embassy in Lebanon indicated that the visa was issued after the Immigration Service had cleared the ISIS chief.”
Al-Assir was arrested on August 15 at Beirut’s Rafik Hariri International Airport in Lebanon on his way to Nigeria through Egypt.
In spite of being on the watch-list of Lebanon’s security services since 2013, Al-Assir was detected, while holding a fake Palestinian passport with a Nigerian visa.
Prior to his disguise, the Lebanese government had accused him of alleged involvement in the death of 17 Lebanese soldiers.
He had also been sentenced to death in absentia by a Lebanese court.
But how he managed  to obtain the  visa  has been creating ripple within the security circle. 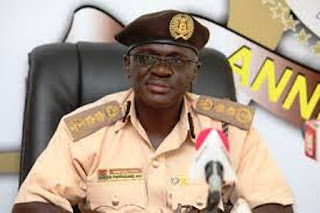