Share
Facebook Twitter LinkedIn StumbleUpon Tumblr Pinterest Reddit WhatsApp Telegram Share via Email Print
Share
Finnish mobile gaming company Rovio Entertainment, best known for its high-flying “Angry Birds,” is hoping to rebound from a tough 2014 and to expand in Asia by tailoring its games to draw local consumers.
After reporting a 73 percent drop in its 2014 earnings due to a decline in the licensing of the “Angry Birds” brand, and cutting about 110 jobs, Rovio is focusing on going local, the company’s chief commercial officer Alex Lambeek told Reuters this week.
“(We have the) building capability to scale into parts of the world where we haven’t been strong in the past and a big part of that is actually working with partners, not trying to do everything ourselves,” said Lambeek, who joined the company from Fox International Channels in April.
“Angry Birds,” which was released in 2009 as a mobile game and fast became a hit, allowed players to fling an array of birds at pigs using a virtual slingshot.
“Angry Birds 2,” released last month, adds more characters, high-definition scenes, options to pick which bird to fling and the ability to compete with friends.
China accounts for a third of the nearly 40 million downloads of “Angry Birds 2” since July 30, making it the top market. That is in line with the first “Angry Birds,” which Rovio said has seen nearly one billion Chinese downloads, out of what the company says is a total of 3 billion game downloads since 2009.
For Birds 2, Rovio partnered with Chinese mobile gaming company Kunlun Inc to make changes within the prompts and language used to target the way Chinese players are used to gaming, Lambeek said.
Chinese customers “want to be spoken to and listened to in their own language with their own specific humor,” he said.
One example was recruiting Chinese actor-singer Li Yifeng, 28, to market the game and offer fans who have a Kunlun login the opportunity to play against him. In Taiwan, players can log into the game using Facebook and Yahoo accounts.
Last week, Rovio appointed a new director to oversee the company’s expansion into India, where around 500,000 users have downloaded “Angry Birds 2.”
Lambeek said Rovio will be working with India’s mobile phone operators to draw consumers who may have lower disposable income, by making in-game purchases more affordable.
Rovio hopes the new game renews interest in the brand ahead of May 2016’s “The Angry Birds Movie.” 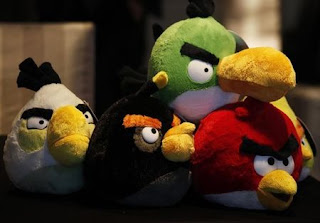