Share
Facebook Twitter LinkedIn StumbleUpon Tumblr Pinterest Reddit WhatsApp Telegram Share via Email Print
Share
The Nigerian Air Force yesterday smoked out more Boko Haram elements from their fortified bunkers deep inside Sambisa Forest .
It was also gathered that the military has uncovered that the insurgents were operating make-shift bunkers covered by logs and tree trunks.
According to PRNigeria, a covert  military propaganda machinery, the raids were part of efforts aimed at enforcing the marching orders issued by President Muhammadu Buhari for the military to crush the deadly terrorists and end their operations in three months.
The military said: “In series of videos obtained by PRNigeria, Alpha jets and attack helicopters were seen raining explosives on some targeted locations hidden under trees and open warehouses.
“Unlike the standard bunkers that are fortified chambers built below the ground with reinforced concrete, some of the fortifications destroyed by Nigerian Air Force were not set below the surface of the ground but were mostly covered by logs and tree trunks.
“The mission is being accomplished by the recent deployments of fighter jets and attack helicopters in the Northeast.”
The statement said troops had been in high spirit since the bombardment of Boko Haram bunkers began.
According to the PRNigeria, a senior fighter pilot said:  “The Nigerian Air Force pilots are in high spirit as they even compete to fly the aircraft to defend their fatherland in their aggressive and patriotic determinations to end the Boko Haram ‘rubbish’ as soon as possible.
“The Chief of Air Staff, Air Marshall Sadique Abubakar had challenged NAF pilots to prove their worth by displaying their skills and expertise in combating enemies from the air.
“While addressing the pilots recently, Abubakar said the raid would be sustained consistently and aggressively until the insurgency was brought to an end in Nigeria.
“The Air Force raids commenced after weeks of reconnaissance by surveillance aircraft in the mission area. The deployed F-7NI, Alpha jets and attack helicopters are intended to degrade the fighting capacity of the terrorists.”
Cameroon pledges 2,450 troops
MORE support came from Cameroon’s President Paul Biyi for the Multinational Joint Task Force (MNJTF) against terrorism with a promise to send 2,450 troops at the weekend.
The latest pledge announced by President Biya has tripled the initial troops promised to the international force against Boko Haram.
Boko Haram attacks, including suicide bombings, have mounted over the past year in Cameroon’s north and the Nigeria-based extremist group has also recruited fighters in the country.
At a meeting in Cameroon in February, Nigeria and the neighbouring countries of Chad, Niger and Benin agreed to deploy around 8,700 troops against Boko Haram, which pledged allegiance to the Islamic State (ISIS) group earlier this year.
Cameroon initially pledged to contribute 750 troops but the President said the increase followed recommendations from a June summit meeting of regional leaders.
Deployment of the force has been delayed for lack of funds, but Chadian President Idriss Deby said last week that troops would be deployed within days.
The force will be based in Chad’s capital, N’Djamena and Gen. Valere Nka, who was serving as Military Attache to Cameroon’s High commission in Abuja, has been appointed second-in-command of the force, Biya said. 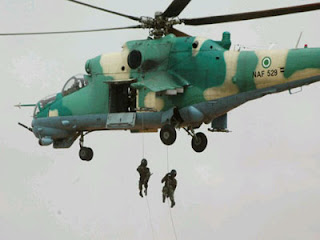 Buhari ’ll get Nigeria out of economic doldrums says IBB