Share
Facebook Twitter LinkedIn StumbleUpon Tumblr Pinterest Reddit WhatsApp Telegram Share via Email Print
Share
Indian and Pakistani troops intensified firing along their disputed frontier in Kashmir, killing at least eight people and wounding 14, officials said on Sunday.
Frontier clashes have intensified in recent months and the latest violence will put more strain on ties between the nuclear-armed rivals, who are scheduled to hold talks between top security officials on Aug. 23-24 in New Delhi.
Nisar Ahmad Wani, an administrator near the Line of Control, a ceasefire line dividing Kashmir between India and Pakistan, in Indian-controlled Poonch district, said a woman was killed when a shell landed in her kitchen as she was preparing breakfast for her family.
“Five civilians, including a 12-year-old child, were killed in Pakistan firing and nine people were injured on Saturday.”
Officials in Pakistan said two civilians were killed and five wounded in firing by Indian forces.
The latest mortar and gunfire exchanges intensified on Friday when Pakistan marked Independence Day, a day before India’s celebrations to mark freedom from British rule in 1947.
The two countries have fought three wars since independence, two over Kashmir, and relations chilled again after the election of the right-winger Narendra Modi as Indian prime minister last year. 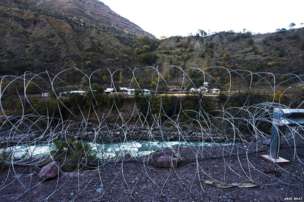