Share
Facebook Twitter Google+ LinkedIn StumbleUpon Tumblr Pinterest Reddit WhatsApp Telegram Share via Email Print
Share
By Chiemelie EzeobiDespite past attempts by Boko Haram insurgents to infiltrate Lagos, the Nigerian Army monrday said it was able to nip their acts of terror in the bud by arresting them.
THISDAY gathered that the suspected members of Boko Haram were arrested during several raids conducted in both Lagos and Ogun States by the 81 Division headquarters.
The sect has in the past tried to infiltrate the South-west, especially Lagos, to set up their terror cells, but were blocked at every turn by the security agencies.
Chief among the attempts was the plot by a suicide bomber who blew herself up near THISDAY’s Lagos office last year and that of the lone suicide bomber arrested at the Murtala Mohammed International Airport, Ikeja.
The outgone General Officer Commanding (GOC) of the 81 Division Nigerian Army, Major-General Tamunomeibi Dibi, said despite the peculiarities of the state, the command was able to ensure maximum security.
Dibi, who made this disclosure at the handover ceremony to the new GOC, Major General Isidore Edet, said many of the sect members were arrested during his tenure.
Although he did not put a figure on the number of persons arrested and what they did with them, he said they were many who were arrested.
He called on soldiers in the division to remain vigilant and also ensure that the insurgents do not infiltrate Nigeria’s economic hub and its environ.
He said: “We all know about the security challenges around us and the Boko Haram challenge. We also know about the peculiarities of Lagos.
“We have been able to prevent the incursion of the Boko Haram sect into Lagos. A good number of Boko Haram suspects were arrested in Lagos.
“You are all aware of the challenges we are going through; the problem of Boko Haram. The fact that you are not in the North-east does not mean you are not fighting the war.
“We are all involved in the war because wars of this nature do not have a front or a rear end. So far, we are winning the war and I want you to do more. Be more vigilant and ensure security of your environment, your barracks.”
On his challenging moments he said: “As far as you are in the military, there are challenges because the job itself is challenging.”Addressing the officers, Dibi said: “I do not want to be in my village to hear about any careless death. I want to hear that this division which I am leaving, is the most efficient division in the Nigeria Army.
“I give God the glory for making it possible to serve Nigeria for 35 years and retiring today. I also thank all of you for supporting me. Some of you have done so well by cooperating, but some of you lagged behind.
“For those lagging behind, please change your attitude towards work, be more dedicated because you do not have any other job than this job, neither do you have any other army.
“The army is a voluntary organisation which you decided to join, nobody forced you to join; therefore do not allow anyone to force you to do your job.
“The legacy I want the incoming GOC to abide by is my expectation of a highly disciplined professional and efficient 81 Division.” 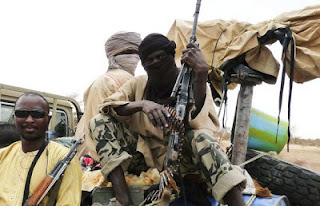 Plans for Dream Eldorado City are Not radical Enough