Share
Facebook Twitter LinkedIn StumbleUpon Tumblr Pinterest Reddit WhatsApp Telegram Share via Email Print
Share
Alike Ejiofor
The Kaduna Refining and Petrochemicals Company (KRPC), is now refining of about 60,000 barrels of crude per day following the rehabilitation of two of the company’s production lines.
The company said it was currently working with a target to release two million litres of petrol daily into the market by October.
The Managing Director of the company, Mr. Saidu Muhammed told THISDAY ON Friday that the company was on phased rehabilitation, with a target to hit 60 per cent of its local refining capacity, which is about 2 million litres daily, in the next few months, stating further that there is no reason why the company cannot achieve 6 million litres by early next year.
“We are doing alot at the moment to make sure that we achieve 80 per cent of refinning capacity.”
He assured that the KRPC’s production level would hit 90 per cent by the second quarter of 2016.
The company has an installed production capacity of 110,000 barrels of crude per day. The managing director said rehabilitation work on the remaining two production lines of the company would be completed by March 2016.
Freedom Online, however, quoted the Mohammed as urging the Federal Government to safeguard the oil pipeline from Warri to Kaduna from activities of vandals in order to sustain production.
According to him, vandalism remained a major threat to smooth transportation of crude to the refinery. Muhammed, therefore, advised the Federal Government to deploy military personnel to provide maximum security to pipelines in the area. The facility upgrade of the refinery, which started in October 2014 under the Jonathan administration, is to cover 18-months.
The work entails phased and simultaneous rehabilitation of all refineries in the country using in-house and locally available resources and manpower in line with the Nigerian Content Law.It also involved the use of Original Equipment Manufacturer representatives to effect major equipment overhaul and rehabilitation.’
The KRPC boss said the resumption of production would open employment opportunities in both formal and the informal sectors as well as address the lingering fuel scarcity in the northern region.
Muhammed explained that thousands of transporters would resume lifting of the product, thereby providing employment to truck drivers and other stakeholders. According to him, the development will also boost other businesses including the banking sector.
The Nigerian National Petroleum Corporation (NNPC), on Wednesday announced that the Port Harcourt and Warri refineries had resumed full production after the phased rehabilitation.
NNPC operates three refineries with a combined capacity of 445,000 barrels per day (bpd). They are the 210,000bpd Port Harcourt refinery, the 125,000bpd Warri refinery and petrochemical plant, and the 110,00bpd Kaduna refinery and petrochemical plant.
The commencement of operations at the Port Harcourt and Warri plants will boost the country’s local refining output and reduce the volume of petroleum products imported into the country. 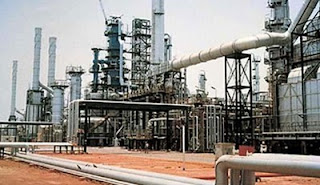 We Now Have Capacity to Eliminate Boko Haram 'Buhari'