Share
Facebook Twitter LinkedIn StumbleUpon Tumblr Pinterest Reddit WhatsApp Telegram Share via Email Print
Share
Another prominent citizen has spoken of the “mind-boggling” fraud in the oil sector.
Queen Zainab Duke-Abiola, the Akasoba of Kalabari land in the Niger Delta, said she had evidence from the White House that a former Petroleum Minister stole $9.3 billion.
In an exclusive interview with The Nation, Mrs. Duke-Abiola, one of the late Chief Moshood Abiola’s wives, said: “According to the information available to us, the minister stole more than $9 billion; not Australian dollars, but US dollars.”
“And what I am saying is that the money should be used to develop the Niger Delta. Use this to help the impoverished Niger Deltans,” she added.
When asked how she could prove this allegation, the queen said she was in Washington DC during President Muhammadu Buhari’s visit, and that she met with White House officials who revealed the information to her.
“My relationship with White House is over 30 years. Americans are very eager to make sure that the money gets back. They want Nigeria to use that money for education,” she said.
Mrs. Duke-Abiola insisted that Buhari’s delegation to Washington DC was aware of the exact amount stolen by the former minister.
“Oshiomhole said it’s about $6 billion. Information available to me states that the minister and her associates siphoned away $9.3 billion. I’m watching the game that they’re playing. If they don’t publish the evidence, I have document to support this,” she said.
The Akasoba insisted that members of the presidential delegation were focusing on the $6 billion allegedly stolen by a minister in former President Goodluck Jonathan’s cabinet, leaving out “the remaining $3.3 billion” because some people from a section of the country are involved.
Said Mrs. Duke-Abiola “If Buhari is not sure of his fact and figures, he should go back to Washington DC. If I read in the papers that they say $9 billion, I would keep quiet. But why are they saying only $6 billion?”
The Akasoba, an Ijaw, advised that when the money is recovered, it should be used to develop the Niger Delta.
“All I want is that this money should be used to help the less privileged, especially in the Niger Delta. Give these people fishing nets. Build some bridges for them. Clean up their rivers so they can fish once more, so they can have food on their tables once more. Build cottage industries for them. Put up little clinics as much as you can. In fact, we’re talking about $9.3 billion, so build a John Hopkins hospital. Build a UCH replica in the Niger Delta. If there’s some extra money use it to help other regions,” she said.
Mrs. Duke-Abiola spoke of her shock when she received the evidence from the White House.
“Some people said that much money couldn’t have been stolen”, she said, adding: “I was one of those who didn’t believe. When they gave me the document, I was shocked. I have sent it to the appropriate Niger Delta elders. So, we know that nobody is accusing anybody wrongly,” she said.
Governor Adams Oshiomhole on Monday alleged that a minister, who served under the former President stole $6 billion. He  quoted United States (U.S.) officials to support his claim but did not name the particular minister.
Oshiohmole, told State House reporters shortly after meeting President Muhammadu Buhari at the Presidential Villa, Abuja: “The PDP (Peoples Democratic Party) destroyed the country. I mean from the lips of American officials; senior officials of the State Department said one minister under PDP cornered as much as $6 billion.
“The man said even by Washington standard, that is earth-quaking.
“So, PDP is a party that presided over the liquidation of our nation; destroyed all our institutions; converted the Armed Forces commanders to use them as if they were political thugs; convertedNTA to a party megaphone; destroyed the SSS; went after opposition as if we were rabbits to be pursued into our holes; compromised even student unions and destroyed everything that you can think of; and elevated religion to a state affair.
“Under the party, Israel became a place you visit every week; they placed pastors against mallams, placed North against South, East against West –  just to retain power; elevated Obas and Obis with dollars.” 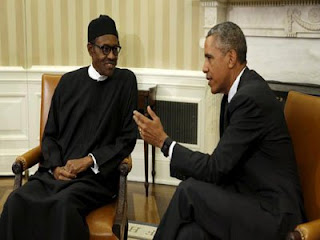