Share
Facebook Twitter LinkedIn StumbleUpon Tumblr Pinterest Reddit WhatsApp Telegram Share via Email Print
Share
What could have been a major fire incident was curtailed at the Office Complex housing airlines and agents’ offices at the cargo terminal of the Murtala Muhammed International Airport, Ikeja, in the early hours of  Wednesday when the offices of some airlines caught fire. The fire was noticed by the alertness of the security staff on duty.
The incident which started at about 1.25a.m. was brought under control by the combined team of the FAAN Fire Service and Lagos State Emergency Management Agency (LASEMA) which responded swiftly to the distress call of the security staff.  There was no loss of life during the incident which was quickly put out. The cause of the fire is yet to be determined. Federal and state authorities are investigating to ascertain the source. 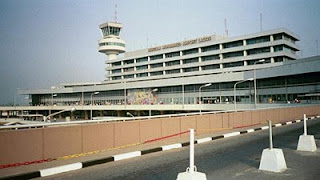