Share
Facebook Twitter LinkedIn StumbleUpon Tumblr Pinterest Reddit WhatsApp Telegram Share via Email Print
Share
By Lawrence Hurley
Opponents of President Barack Obama’s soon-to-be-implemented policy to cut carbon emissions from power plants are planning to use an unlikely and potentially potent weapon against him: the recent U.S. Supreme Court decision that saved Obamacare.
In that June case, the court said that the healthcare law was an issue of such importance that the court would not stick to its usual practice of deferring to a government agency’s legal expertise when interpreting ambiguously written laws.
That same argument will now be turned against the government to challenge a crucial plank of Obama’s strategy to cut U.S. emissions and fight global warming, several lawyers likely to be involved in the litigation told Reuters.
Obama’s Clean Power Plan to cut emissions from coal-fired power plants is expected to be finalized as early as next week, ahead of a crucial United Nations climate change conference in Paris at the end of the year. The rule requires each U.S. state to cut its greenhouse gas emissions to achieve a nationwide reduction of 30 percent by a target date of 2030.
With less than 18 months left in Obama’s presidency, a legal loss would blow a hole in his hopes of leaving a significant legacy on tackling climate change.
Opponents, mainly Republican-leaning states and the coal industry, say the rule will cost hundreds of billions of dollars and lead to a spike in electricity prices. They view it as part of an Obama “war on coal,” which disproportionately affects coal-producing states like West Virginia.
At the core of their legal challenge will be the argument that the Environmental Protection Agency (EPA) does not have such broad authority to influence the economically crucial area of energy policy.
The challengers will argue that the government agency has exceeded its legal authority, in part by allowing states to meet their targets not only through limiting power plant emissions but via additional measures such as promoting renewable energy.
In its June 25 ruling in the healthcare case, called King v. Burwell, the court rejected a conservative challenge to the 2010 Affordable Care Act on a 6-3 vote.
Even though the government won, Chief Justice John Roberts included language in his majority opinion that could help challengers to government regulations. He stressed that when a case is of “deep economic and political significance” the court will depart from its usual practice of giving considerable weight to an agency’s interpretation.
“LITIGATED TO DEATH”
Courts ruling on the Clean Power Plan should adopt the same approach as Roberts did in the healthcare case and decline to defer to the agency, the lawyers are expected to say. If courts endorse the argument that the EPA does not merit deference, the government would lose one of its best legal defenses.
“That’s an issue that will be litigated to death” by lawyers on both sides, said Theodore Hadzi-Antich, a lawyer with the Pacific Legal Foundation, a conservative legal group likely to support the legal challenge.
The Clean Air Act, the law that gives EPA authority to issue air pollution regulations, was originally enacted in 1970 when lawmakers did not envision it would be used to tackle greenhouse gas emissions.
Vocal opponents of the new regulation, including states like West Virginia and Texas and coal companies, including Murray Energy Corp[MUYEY.UL], have indicated they will file suit as soon as it is officially announced.
Lawyers, some set to represent states and industry groups challenging the rule and others with environmental groups likely to support the government, differ over how much influence the Obamacare case will have.
King v. Burwell doesn’t by itself doom the rule, but one industry lawyer set to be involved said it constitutes “the next logical step” following recent rulings in which the high court has cast a skeptical eye on major regulatory actions.
The challengers are also likely to question whether the EPA is even due the usual deference that it gets as the “expert agency” considering the broad implications of the regulation.
Industry lawyers say the EPA is moving beyond its role as an environmental regulator and is instead seeking to direct energy production and distribution. In the healthcare case, the court found that the Inland Revenue Service, which had issued regulations implementing Obamacare insurance subsidies, did not deserve deference because it is not the “expert agency” when it comes to health insurance policy.
Lawyers representing environmental groups expected to help defend the EPA downplay the Obamacare case’s significance.
They say that, unlike the IRS’s role in the Obamacare case, Congress clearly intended the EPA to have considerable leeway in implementing the Clean Air Act.
An EPA spokeswoman said the agency is confident it has the legal authority to issue the rule, based in part on other recent Supreme Court rulings.
In those cases, including one that came out just days after King v. Burwell, the court has continued to use the same legal methodology in which the court defers to agency expertise. The court first adopted that approach in an environmental case decided in 1984.
As such, the Obamacare case is “very unlikely to significantly influence the outcome of the Clean Power Plan one way or the other,” said Sean Donahue, a lawyer who represents environmental groups. 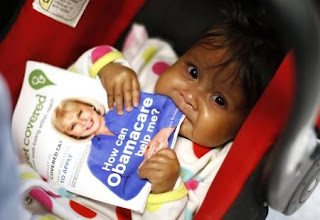