Share
Facebook Twitter LinkedIn StumbleUpon Tumblr Pinterest Reddit WhatsApp Telegram Share via Email Print
Share
British factory orders grew at their weakest pace this month in two years, according to an industry survey that suggested a strong pound has further crimped the outlook for manufacturing exports.
The Confederation of British Industry’s industrial order book balance fell to -10 this month, its lowest since July 2013, from -7 in July. Economists in a Reuters poll had expected a slight improvement to -5. However, the index was still above its long-run average of -15.
The CBI’s quarterly industrial trends survey pointed to a murky outlook for manufacturers. Expectations for export orders in the next three months fell to their lowest level since October 2011.
“Manufacturers are continuing to feel the pressure from the stronger pound,” said Katja Hall, CBI deputy director general.
Earlier this month, sterling hit a 7-1/2-year high on a trade-weighted basis.
“Greater buoyancy in exports remains a missing element from the UK’s recovery. Nevertheless we’re encouraged by the government’s commitment to take steps to address this as part of its recently announced productivity plan.”
The figures add to recent signs that Britain’s economic remains heavily reliant on consumer spending.
British consumer confidence exceeded the global average for the first time in more than nine years, according to a separate survey from data company Nielsen on Monday. Britons felt more upbeat about their personal finances and job prospects.
Data due on Tuesday is expected to show Britain’s economy recovered from a surprise slowdown in early 2015 and grew by a quarterly 0.7 percent in the April-June period, back to the kind of pace seen at the end of last year. 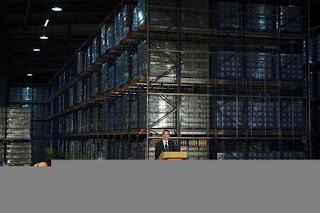