Share
Facebook Twitter LinkedIn StumbleUpon Tumblr Pinterest Reddit WhatsApp Telegram Share via Email Print
Share
By Seriki Adinoyi Fourteen people were confirmed dead while scores of others were injured after a chlorine gas cylinder at the Plateau State Lamingo Water Board treatment plant exploded yesterday morning in Jos.
Eyewitness accounts confirmed that excess chlorine gas inhalation was still rampant as at midday on Saturday even as OLA Hospital, Bingham University Teaching Hospital, Plateau Specialist Hospital and Air Force Hospital battled to save the lives of victims, who were obviously victims of gas-poisoning.
At the hospitals, little children were seen with bloated abdomens, while adults were seen gasping for breath. Two students from the National Film Institute (NFI), Jos, which is close to the water treatment plant, were among the dead.
Confirming the incident to the press, Director of Press and Public Affairs (DOPPA) to the Plateau State Governor, Emmanuel Nanle, said that the state government was already taking immediate measures to address the issues and has condoled with the victims and their families.He also assured that expired components of the treatment plant will be done away with to guard against future occurrence.
“The contamination has been contained and does not affect the water, which has been supplied to public mains,” he said. “Water from the public mains is safe for consumption and is not affected in anyway by the aerial contamination of chlorine from the explosion.
“Government wishes to commiserate with the families of the victims of this industrial hazard and has taken immediate measures to address the issues of expired components of the treatment plant and to guard against future reoccurrence of thisharles,  a survivor of the chlorine gas explosion, who is a resident in the neighbourhood of the water treatment plant where the explosion occurred, narrated how she and her roommate, whom she identified as Ifeoma, had woken up to notice that the air in their room was dense with the strange gas that made breathing difficult.
The second-year student of Political Science Department of University of Jos, who is currently receiving treatment at the state Specialist Hospital, said: “Ifeoma and I went to bed hale and hearty last night when we suddenly woke up in early hours of today to notice that our room was filled with gas and we could not breath properly; we were inhaling some unpleasant air.
“Shortly, we started hearing our neighbours screaming for help. We thought it was an attack from terrorists. We quickly opened the door and escaped; the day was still dark. I ran towards British-American Junction, while my friend ran towards the water board. I eventually survived, but my friend, Ifeoma, who ran towards the water treatment plant from where the gas exploded, did not survive. I learnt later that she died and her corpse has been deposited at the hospital mortuary.”
Meanwhile, Melvin Ejeh, Executive Director of a Non-Governmental Organisation, Global Peace and Life Rescue Initiative (GPLRI), who visited the scene of the explosion, said the death toll from the incident has gone up over 14 persons.
Describing the incident as industrial hazard, Ejeh charged the state government to “immediately investigate the immediate and remote causes of the disaster that lead to the death of several persons and over 101 persons hospitalised.”
He commended the state government for paying the medical bills of the hospitalised victims of the incident. 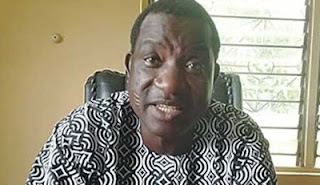